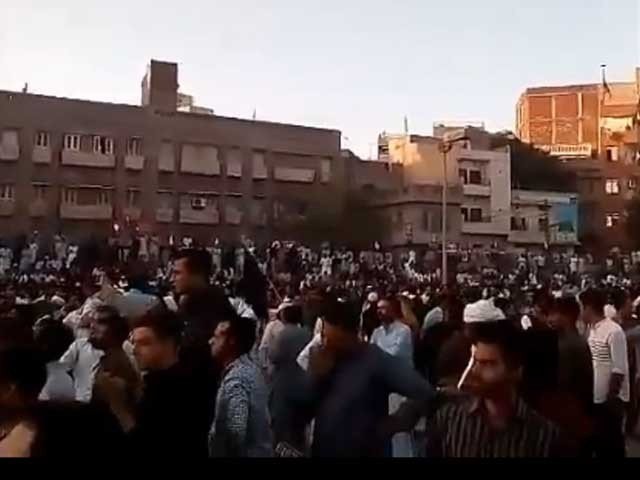 In the video a Pakistani can be seen saying that they have not talked to their loved ones back home for the past five months now. SCREENGRAB: FACEBOOK

More than 1,600 Pakistanis, who are being kept in a migrant camp in Turkey on Sunday implored the Pakistan Tehreek-e-Insaf’s (PTI) government-in-waiting back home to help them, Express News reported.

The Pakistani youth have been incarcerated over illegally entering the country.

They have posted a video on social media speaking of the torture they have been subjected to behind bars, as well as, asking for help from  Pakistan’s ministry of foreign affairs and Imran Khan, the prime minister-in-waiting.

The illegal immigrants have been housed at the Usmania Camp for the last six months, according to the video message. A Pakistani can be seen saying that they have not talked to their loved ones back home for the past five months.

“We have to get in long lines for a loaf of bread and the authorities even thrash some of us,” said another detainee.

“Many of us are unwell here and they [Turkish authorities] are not even giving us medical aid,” one of the Pakistani’s in the camp can be seen saying.