PPP’s Umrani says promis­es of transp­arent electi­on have not been kept
By Our Correspondent
Published: July 27, 2018
Tweet Email 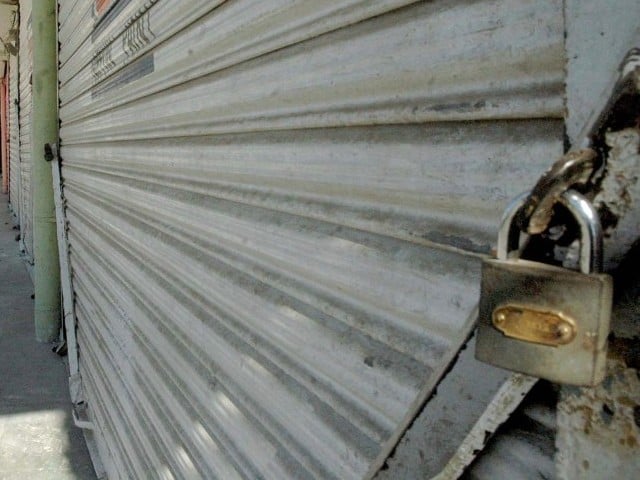 PPP and other political parties have called for a shutter-down strike on Friday (today) against alleged ballot rigging and mismanagement at the women polling stations in Naseerabad. PHOTO: PPI

QUETTA: The Pakistan Peoples Party, Balochistan chapter and other political parties have announced they will hold a shutter-down strike on Friday (today) in Naseerabad against the alleged ballot rigging and mismanagement at women polling stations in the July 25 general elections.
The announcement was made during a joint press conference at the Quetta Press Club on Thursday.

Provincial PPP President Sadiq Umrani said, “The promises of conducting free and fair elections have not been kept as ballot-rigging and mismanagement occurred at women polling stations in the Naseerabad district. The entire government machinery was brought into action to award victory to a particular party.”

He demanded to quash the election result for PB-11 and stop the announcement process.
Leaders of the political parties demanded to verify the fingerprints on ballot papers at women polling stations through the National Database and Registration Authority.

They said, “Through a pre-planned scheme the mandate of the general public has been stolen and a particular party awarded victory.”
They said if their demands were not addressed, they would knock the doors of the court.

They said, “The Balochistan Awami Party (BAP) candidate has been awarded victory through a pre-planned scheme.”

They refused to accept the BAP candidate’s victory.