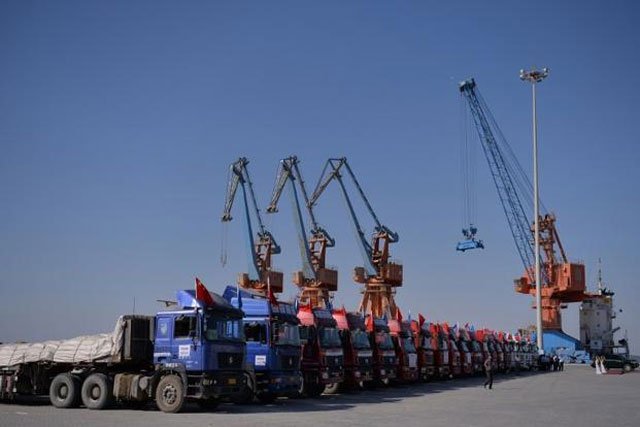 ISLAMABAD: Pakistan and China will inaugurate on Friday an optic fibre cable that has been laid to provide direct link between Pakistan, the Middle Asia and East Asia.

The cable connects Rawalpindi with Khunjerab on the Pakistan-China border at an altitude of 4,700 meters, the highest fibre cable project in the world. Later, the cable will be extended to Gwadar, which will fully connect Pakistan and China.

It is the first project under the early harvest programme of the China-Pakistan Economic Corridor (CPEC) and the only information and communication technology (ICT) project under CPEC.

Total cost was estimated at $44 million and Exim Bank of China provided 85% of loan at a concessionary rate.

The project is owned by SCO and its engineering, procurement and construction (EPC) contractor was Huawei.

Construction work on the project started in March 2016 and ended in June 2018. The cable covers an area of 820 km. There are 26 microwave transmission nodes from Rawalpindi to Karimabad and 171 km of aerial fibre cable from Karimabad to Khunjerab as a back-up.

After two years of hard work by SCO and Huawei, the project stands complete and ready for commercial use.

The optic fibre cable will provide direct connection between Pakistan, the Middle Asia and East Asia and minimise the risk of disruption to international traffic. It will also provide multiple international links with the new Gwadar landing station in order to reduce discontinuity issues.

The project will help improve the telecom and ICT industry of Pakistan, promote tourism and create trading opportunities for northern areas of the country. It will also provide the ICT infrastructure for 3G/4G services in the northern areas and enhance communication security with an alternative fibre route.