Top court has been disgraced, says Justice Nisar after Dar fails to appear in SC

Top court has been disgraced, says Justice Nisar after Dar fails to appear in SC

Court disple­ased with Dar's absenc­e, mulls over steps to ensure his return­
By Our Correspondent
Published: July 9, 2018
Tweet Email 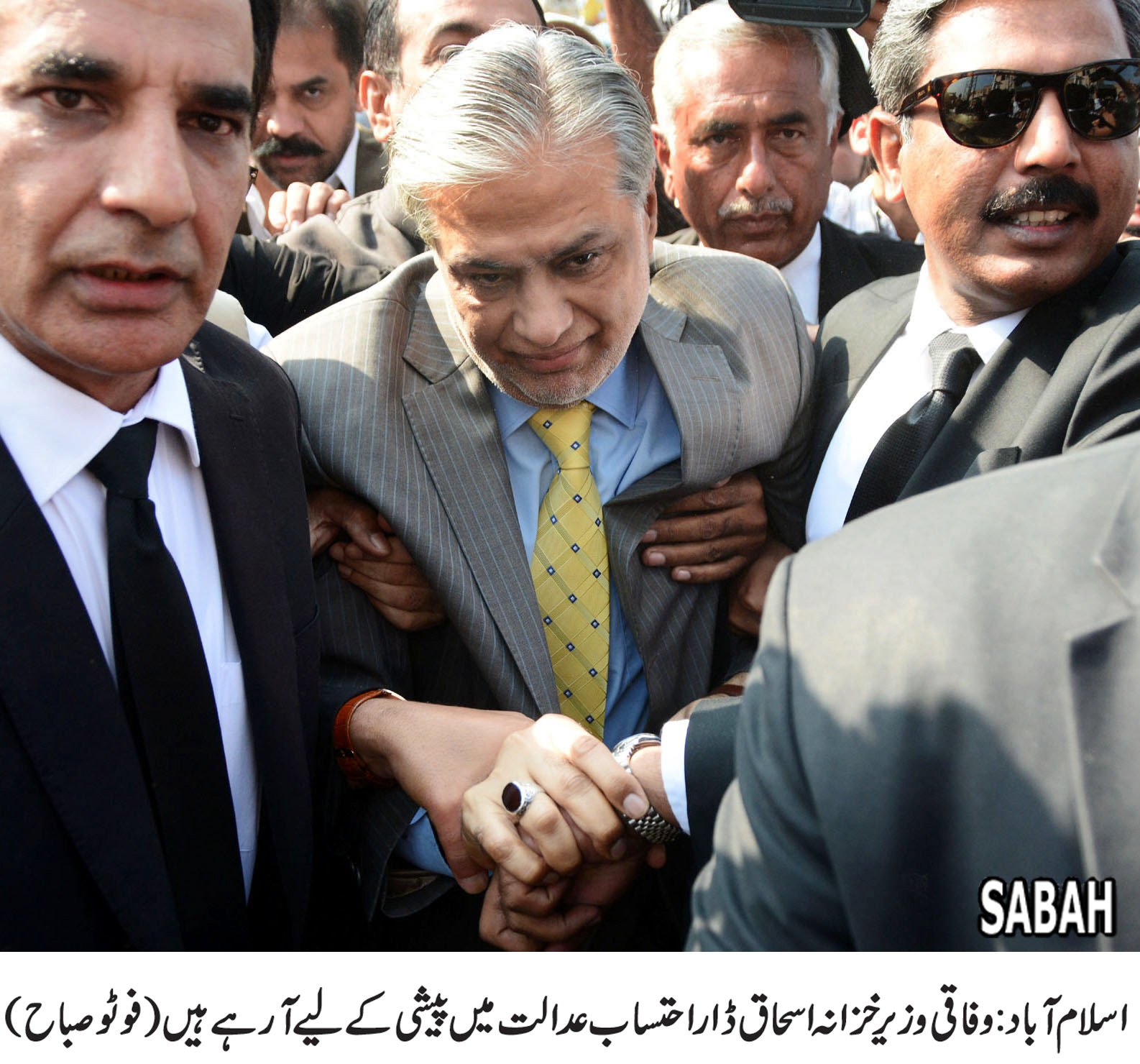 ISLAMABAD: The Supreme Court (SC) on Monday hinted towards suspended former finance minister Ishaq Dar’s passport and issuing a red warrant against the PML-N leader for absconding from cases registered against him.

“The top court of this country has been disgraced,” the Chief Justice of Pakistan (CJP) Mian Saqib Nisar remarked during the hearing of a case pertaining to the illegal appointment of former managing director Pakistan Television Corporation (PTV) Attaullah Qasmi. Dar was summoned to record his statement regarding the alleged payment of Rs270 million to Qasmi and his sons.

“The apex court has ordered for his production, yet he continues to abscond from the biggest court of the country,” the CJP remarked. “Sit with the foreign ministry and start planning for his return,” Justice Nisar advised the interior secretary and further questioned the secretary of possible steps that can be taken to ensure Dar’s return.

“His counsel has been producing old medical certificates to validate his exemption. However, he is reportedly quite healthy and has been seen walking around on roads,” the CJP remarked, in a thinly veiled jibe at the video of deposed premier Nawaz Sharif, Maryam Nawaz and Dar walking to the Avenfield apartments in London on the day of the accountability trial verdict.

A three-judge bench of the top court, headed by the CJP, noted that the court can exercise quo waranto jurisdiction if appointments have been made on a political basis like it had done in Jahangir Tareen’s disqualification case.

During the hearing, the bench also hinted at referring the matter regarding the illegal appointment to the National Accountability Bureau. It also directed Ernst & Young (EY) to audit the Rs270 million payment to Qasmi and his son in two years.