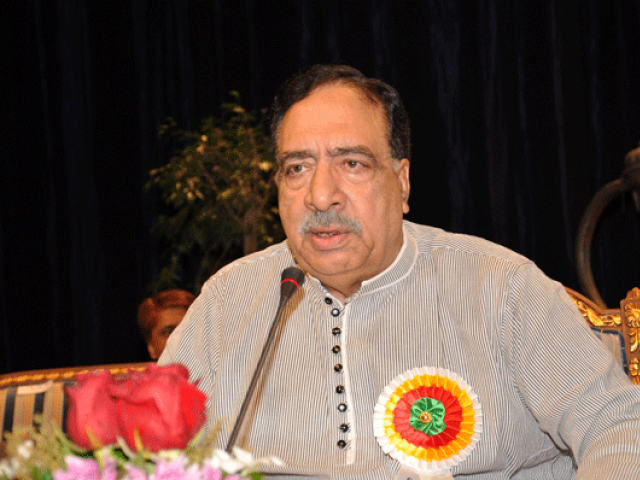 ISLAMABAD: In a move one of its kind, Pakistan Television (PTV) Chairperson Attaul Haq Qasmi recently called a meeting of the board of directors and passed a resolution appointing himself the managing director of the state-run television.

Senator Farhatullah Babar on Thursday made the revelation during the Senate Standing Committee on Information, Broadcasting and National Heritage meeting, which came as a surprise for other members of the panel.

PTV’s former MD Mohammad Malik retired from service on February 28, 2016 on completion of his tenure and since then the position is vacant and different officials of the Information Ministry have been holding acting charge. The Ministry of Information has yet to appoint a permanent MD even after a passage of one year.

Qasmi, author and senior columnist and loyalist of Pakistan Muslim League-Nawaz, was appointed as its chairperson in December 2015.

“It has come to our knowledge about 10 days ago that Qasmi called a meeting of the PTV’s BoD in which a resolution was passed to formally appoint himself as MD of the state-run television channel and it was signed by the board members,” lamented Babar.

Committee Chairperson Kamil Ali Agha backed him up stating that the development came as a shock to him as massive reshuffle of staffers has occurred since his overtaking the position.

Senator Robina Khalid asked if it had really happened? Agha said both the positions were different in nature as the post of chairperson was policy related while MD was the executive head.

“I can’t believe and expect such an act from a person of his prestige,” he maintained.

As the senators turned up heat on Minister for Information Maryam Aurangzeb and newly appointed ministry’s secretary Sardar Ahmed Nawaz Sukhera, Nihal Hashmi of the ruling PML-N tried to water down the issue.

“Since the issue is not on the agenda we should not discuss it now,” he said.

When other members were also expressing serious concern over the ‘illegal’ act, Babar asked Aurangzeb if she could clarify and whether the issue was in the ministry’s and her knowledge.

She confirmed the development and stated that it was done in the absence of the secretary.

“We are reversing the decision and the process for the new MD will start next week,” she said.

Expressing concerns over the posting, transfers and other decisions, Babar suggested that the MD should be barred from taking any action until the matter was resolved legally.

Hashmi again intervened and said the matter could be taken up in the next meeting and should be resolved as per rules. The minister vowed, “Action will be taken if any rules were violated.”

Earlier, the minister also stated that the ministry was preparing a comprehensive policy for the rating system of television programmes besides a code of conduct for Ramazan transmissions. Pakistan Electronic Media Regulatory Authority’s Chairperson Absar Alam said that soon through an act of parliament they would introduce Child Content Authority.