CM Marri says education only way out of poverty

CM Marri says education only way out of poverty 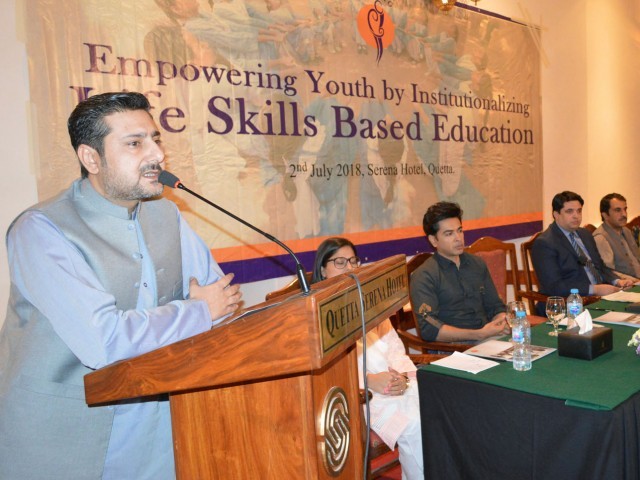 QUETTA: Caretaker Balochistan Chief Minister Alauddin Marri has laid emphasis on having unbreakable ambitions instead of funds, saying promotion of education is necessary to purge the sense of deprivation and poverty from the province.
The CM shared these views while addressing a seminar titled ‘Empowering Youth by Institutionalising Life Skills Based Education’ conducted by the Ahang Organisation in Quetta on Monday.

Lauding the efforts of Ahang Organisation Chairman Shehzad Roy in spreading education across the country, Marri said, “Skill-based education is a good initiative as it creates awareness among children about how to face educational challenges.”
“During my business trips, I visited several countries having modern educational system, but in Pakistan, particularly Balochistan, our children are receiving education in a flawed system,” said the interim CM. “We can’t face challenges of the modern world unless we provide quality education to our children.”
He said education was the utmost priority of the Balochistan government as a big amount had been allocated for the education sector in the provincial budget for fiscal year 2018-19.
“Organisations like Ahang are the educational pillars supporting the government in modernising the country’s educational system,” he added.