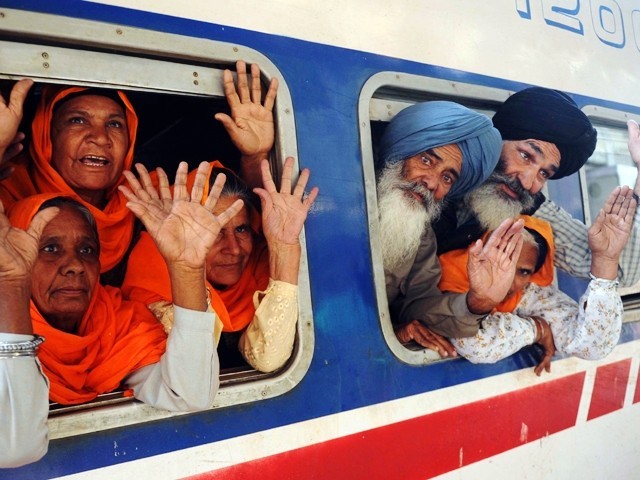 LAHORE: As many as 84 Indian Sikh devotees, travelling to Pakistan to celebrate Jor Mela, have reached Lahore on Wednesday.

The pilgrims travelled from Nankana Sahab to Gurdwara Dera Sahab in Lahore via a special train, ahead of Jor Mela which will be celebrated on June 16. The pilgrims were taken to Gurdwara Dera Sahab under strict security, where they were welcomed by Evacuee Trust Property Board (ETPB) Deputy Secretary Shrines Imran Gondal and members of the Pakistan Sikh Gurdwara Parbandhak Committee.

On the instructions of the secretary, the pilgrims will be provided with boarding, security, transport and food, revealed Gondal.

Expressing his happiness after arriving in Lahore, Sikh Leader Sardar Jang Singh expressed that Pakistan is a peaceful country where people of different religions are living together. There is religious freedom and minorities have representation at government level, he appreciated.