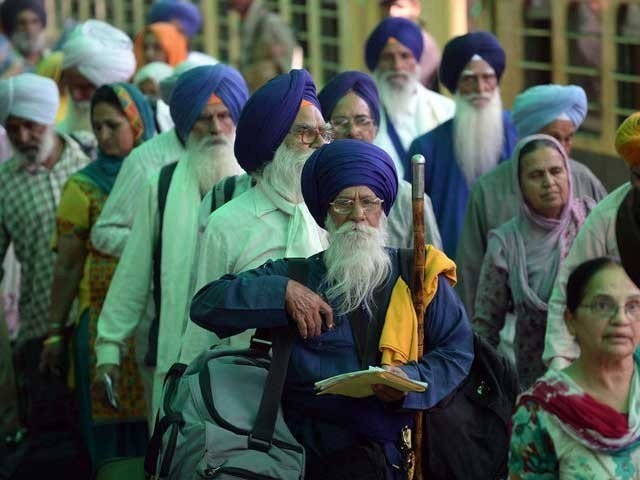 LAHORE: Pakistan has imposed a ban on travellers belonging to non-Sikh faiths from coming along with pilgrims to celebrate their religious festivals in the country.

The ban, imposed by Evacuee Trust Property Board (ETPB), implies that Muslim, Hindu and Christian devotees will not be able to enter Pakistan along with Sikh pilgrims, who visit the country in hoards to visit holy sites during Baisakhi and other religious festivals.

Hindu pilgrims will only be able to visit the country on the occasion of their religious festivals, according to the new travel restrictions.

The decision was taken after two Indian citizens went missing during Baisakhi festival. It has also been learnt that there were Christians, Hindus and Muslims among the Sikh pilgrims, who arrived on April 12.

ETPB Deputy Director Imran Gondal said that the lists of Sikh pilgrims from India are sent directly to the interior ministry rather than the board, due to which recognition of the pilgrims becomes a hurdle.

Meanwhile, Amritsar’s Shiromani Gurdwara Parbandhak Committee head, Sardar Rajinder Singh, speaking to Express News via telephone, said that visa applications of the pilgrims are sent to the federal and state governments and verified by intelligence agencies.

He informed that the Shiromani Gurdwara Parbandhak Committee had sent only 718 pilgrims during the current tour while the other over 1,000 pilgrims came through different small travelling groups.

He also revealed that different groups take Rs1,000 from pilgrims for Pakistan’s visa and include names without verification while the committee charges only Rs250 for visa.

He promised that the Shiromani Gurdwara Parbandhak Committee will ensure that people from other religious groups apart from Sikhs do not visit Pakistan in the future.

Another lawmaker parts ways with PML-N