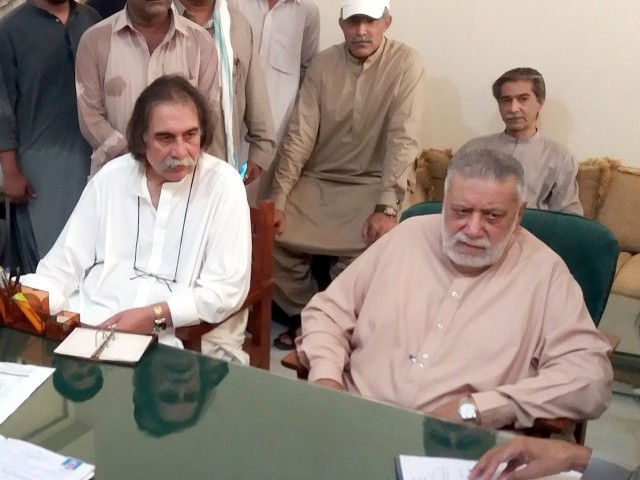 “I had told Sharif that we can’t walk with people whose forefathers opposed creation of Pakistan, but my words and concerns were ignored by him,” said senior politician Jamali while filing his nomination papers in the returning officer’s office in Dera Murad Jamali on Saturday.

Jamali said, “Back in 2015, I had suggested Sharif to change his team otherwise his party would vanish from Balochistan in 2018. He didn’t take my words seriously at that time and tried to impose Pashtun decisions on the Baloch, which has turned Balochistan into Pathanistan.”

On upcoming elections, the former prime minister said, “In Pakistan, we have rare examples of free and fair elections. During Yahya Khan’s tenure in Marri and Bugti areas, turnout of voters had reached more than 100,000 while at that time the population was nearly 66,000.

On the recent announcement of joining Pakistan Tehreek-e-Insaf (PTI), Jamali said, “Imran Khan and I have been good friends for years. Imran is a junior politician in front of me. I haven’t joined PTI but have allowed my sons to shake hands with Imran.”