Jamali had earlie­r resign­ed from the Nation­al Assemb­ly in May
By Danish Hussain
Published: June 7, 2018
Tweet Email 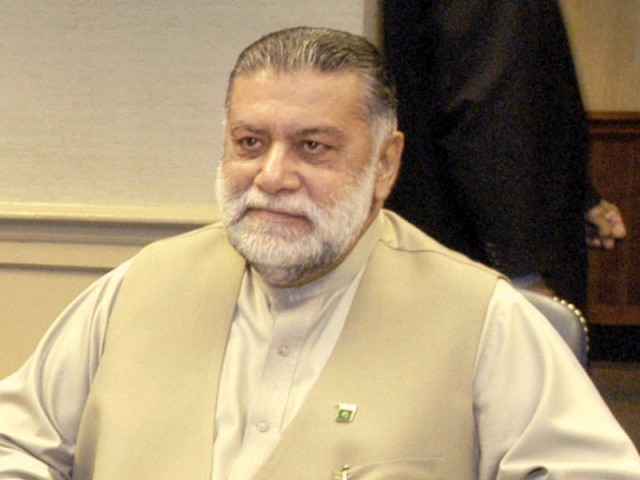 ISLAMABAD: Former prime minister and senior politician from Balochistan, Mir Zafarullah Khan Jamali is at set to join Imran Khan’s Pakistan Tehreek-e-Insaf party.
PTI’s provincial president Sardar Yar Muhammad Rind, who spoke to Jamali on Thursday, appreciated his contribution for Pakistan. The two leaders are expected to meet soon where Jamali might formally announce his decision.
The former premier is likely to join the PTI with all his close aides in tow.

On May 16, Jamali resigned from the National Assembly. According to details, he said Balochistan was being ignored in the budget for the fiscal year 2018 to 2019. “I want to stop the passage of the budget,” he had added.
The former premier said that the parliamentarians lied and that institutions were being maligned. He said the National Accountability Bureau (NAB) chairman was appointed by the prime minister and the opposition leader and “if they were not satisfied with his performance, then they should have tendered their resignations”.