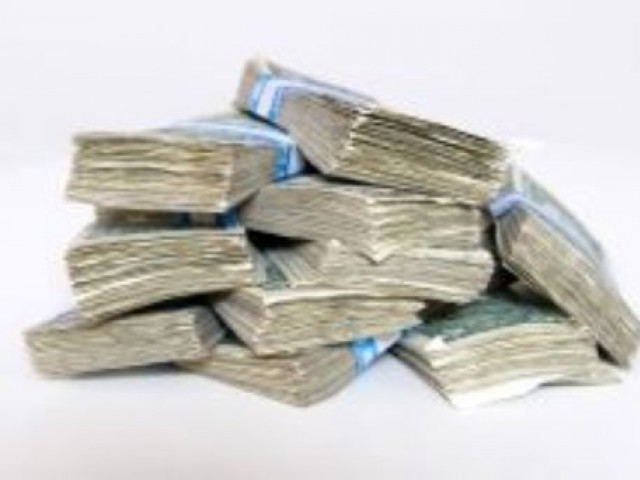 The Punjab government has decided not to accept the grants as part of its new policy of “breaking the begging bowl,” he said.

The Punjab government has decided to turn down a $223 million (Rs19.08 billion) grant available from the United State Agency for International Development (USAID) for two development projects in southern Punjab, but had not yet made a decision to turn down US loan facilities, The Express Tribune has learnt.

“The issue regarding loan facilities from the US will be decided at the appropriate time. Presently only grants will not be accepted from this country,” said a senior Finance Department official on condition of anonymity.

The Punjab government has decided not to accept the grants as part of its new policy of “breaking the begging bowl,” he said.

The financial managers of the Punjab government and USAID representatives had been negotiating for 18 months for the provision of the grants.

In September 2010, the government and USAID signed an agreement under which the province would receive $147 million (Rs12.58 billion) to finance the Southern Punjab Basic Education Project, which aims to improve the education and literacy rate in the region.

In December 2010, the Punjab government and USAID signed another agreement for a $76 million (Rs6.5 billion) grant for the Southern Punjab Municipal Services Project, which would improve sanitation (both sewer and refuse), access to potable water and healthcare and transportation issues.

The government has now shelved these projects but will likely make allocations for the projects in the upcoming budget, the Finance Department official said, adding that the funds would be provided in phases.

Meanwhile, the Punjab government will continue to accept loans and grants from other countries and multilateral donors like the World Bank, Asian Development Bank, Japanese International Cooperation Agency, International Fund for Agriculture Development and International Bank for Reconstruction and Development. Pakistan is a member of the board of directors of these donor agencies, which extend soft loans, he said.

The Punjab government will also continue to accept loans and grants from friendly countries like China, Turkey and Saudi Arabia which do not attach conditions to their financial assistance, the official added.

The Punjab government has received 15 million pounds in financial year 2010-11 from the UK Department for International Development (DIFD) for an education project recently inaugurated by Chief Minister Shahbaz Sharif.

The official said that the extra financial burden as a result of the rejection of these grants could be met in the next three years through better financial management. The government is considering introducing a new tax on the rich to raise revenue, he said. He said the rejection of the grants would not result in a “huge burden” as the Punjab government was not receiving “handsome aid” from the US directly. The US provided such funds to the federal government, which then gave Punjab a share, he added.

The Punjab government has ceased special allowances extended to officials posted in various foreign and local-funded projects to save Rs.1.5 billion annually and this amount would go towards alleviating the financial shortfall, he said.

The provincial government had already got Rs390 billion in loans from various donor agencies and friendly countries to execute development projects in irrigation, education, health, roads and livestock development, he said. These were soft loans at interest rates ranging from 1.0 to 1.7 per cent payable in 20 to 30 years. The Punjab government pays Rs8 billion interest annually on these loans, he said.

Punjab government spokesman Senator Pervaiz Rasheed said the province would accept only those grants and loans which did not come with political conditions attached. He said the effect of refusing the grants would be compensated through rightsizing and rationalisation of current government expenditure.

“The projects in southern Punjab will not be halted. The government will instead arrange for funds for the projects through local resources,” he added.