It’s time to say ‘no’ to foreign aid: Shahbaz Sharif

It’s time to say ‘no’ to foreign aid: Shahbaz Sharif 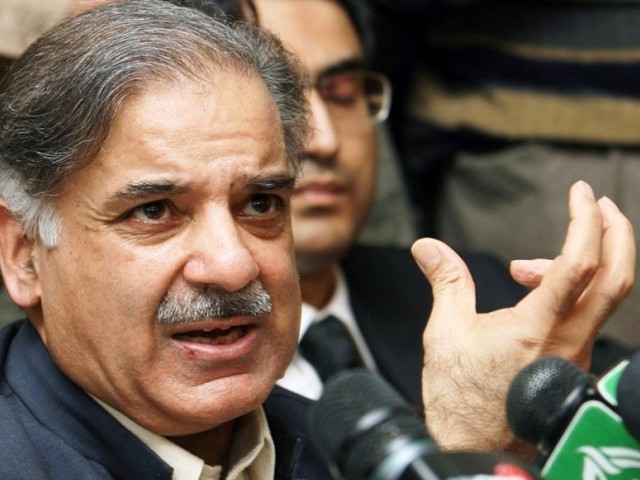 Punjab Chief Minister Shahbaz Sharif on Monday announced that Punjab will no longer accept foreign aid in order to “safeguard the dignity of Pakistan”. PHOTO: FILE

Terming foreign aid a root cause of all the issues the country is facing, Punjab Chief Minister Shahbaz Sharif on Monday said that Pakistan needs to stop relying on aid.

“It is time to break the begging bowl and achieve self-reliance in the interest of complete independence,” he said while addressing a press conference after a meeting of the provincial cabinet. Shahbaz said that the Punjab cabinet has decided to ‘give shape’ to this proposal and has also recommended that the resolve to end dependence on foreign aid be forwarded to Pakistan Muslim League-Nawaz (PML-N) chief Nawaz Sharif so that his party could give an approval to the decision after thorough reflection.

The chief minister said that refusing foreign aid is not easy but this is what every Pakistani wants. He said that he was confident that the decision taken by the most populated province of Pakistan would prove to be a starting point of a national movement for economic independence, national sovereignty and security of the country.

“But the decision to give up foreign aid does not mean that relations with other countries should be impaired. This decision is aimed at the promotion of trade instead of aid,” Shahbaz said. He said Pakistan is fighting for its existence therefore the entire nation, especially the elite, would have to make sacrifices, adding that problems as a result of disregarding foreign aid would only be transitory.

If the nation wants to live with honour and dignity it would have to revisit its priorities, the chief minister said. He added that whether it was the Raymond Davis issue, drone attacks or the Abbottabad operation, the nation has solutions to all such problems.

Shahbaz said that Pakistan was subjected to drone attacks due to the aid it is getting. He said that such incidents could not be stopped through protest resolutions, condemnatory statements or rallies taken out in luxurious cars. “If the nation decides to depend on its own resources and works with sincerity and commitment, Pakistan could also achieve self-reliance like China, Japan or Germany,” he said.

He said that the centre and provinces are not apart so the decision of the Punjab cabinet is the voice of the entire nation. Earlier, the cabinet gave approval to three amendment bills of the Board of Revenue with regard to devolution of powers under the 18th amendment and the amendments in Provincial Assembly Punjab Privilege Act 1972.