The decisi­on came after consul­tation­s with the party leader­s in Taxila
By News Desk
Published: May 13, 2018
Tweet Email 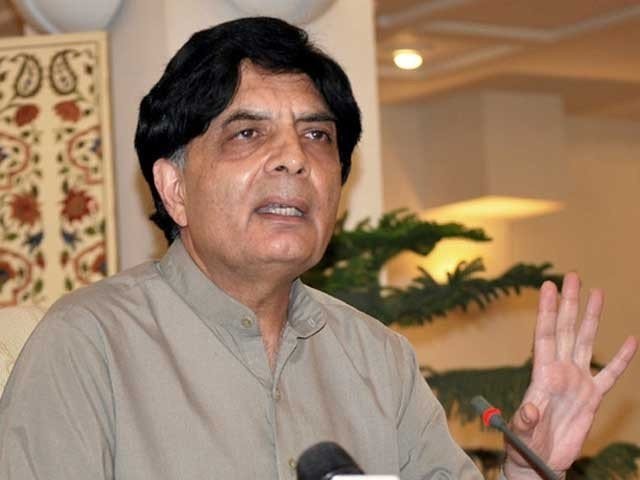 The provincial assembly seat is yet to be decided PHOTO: EXPRESS

Nisar had earlier announced that he would be contesting general elections from NA-59 in Rawalpindi, choosing provincial districts PP-10 and PP-14. However, the party leader also revealed that he was contemplating contesting from NA-63 but would announce the final decision after consulting his party representatives in Taxila and Wahh.

According to Express News, Chaudhry Nisar made public his decision to participate in elections from Taxila for National Assembly’s seat NA-63.

He made this announcement at a party convention whereby the union council’s chairman, vice chairman and party workers were present.

Nisar said that he has a strong and enduring bond with the people of Taxila. He expressed gratitude for their support and said that his decision is grounded with the will of the people, whereas the selection of provincial assembly seat is yet to be decided.

Imran Khan is not the judiciary’s ‘ladla’: CJP