Case to be taken up in two weeks
By Hasnaat Malik
Published: May 7, 2018
Tweet Email 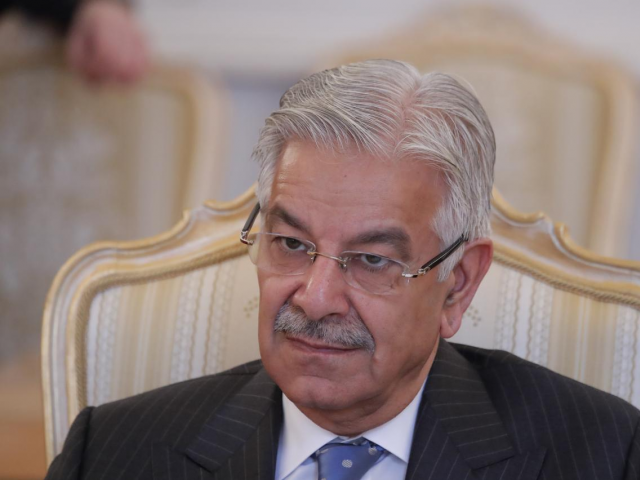 The three-judge bench, headed by Justice Bandial, began hearing of the petition filed against the IHC’s disqualification of the former foreign minister.

Asif’s counsel, Muneer A Malik, requested the bench that a stay be granted on the PML-N leader’s disqualification verdict until the SC delivers its final verdict. However, the bench declined his plea and issued a notice to the respondents on the stay application.

The bench issued a notice to the respondents, including Pakistan Tehreek-e-Insaf (PTI) leader Usman Dar, who was the petitioner behind the disqualification.

Malik also prayed upon the court to hear the case at it earliest. Instead of adjourning the matter for a month, the court postponed the hearing for two weeks.

The SC on May 4 had formed a special bench to hear Asif’s plea after the former foreign minister Khawaja Asif had challenged IHC’s decision to disqualify him in the Supreme Court on Wednesday. The bench comprises Justice Umar Ata Bandial, Justice Faisal Arab and Justice Sajjad Ali Shah.

The Pakistan Muslim League-Nawaz (PML-N) leader was disqualified under Article 62 (1)(f) of the Constitution for non-disclosure of his employment in a UAE company and not revealing a monthly salary in his nomination paper.

The petition by PTI’s Dar stated that the former finance minister had made full disclosure in his nomination form as required under ROPA.