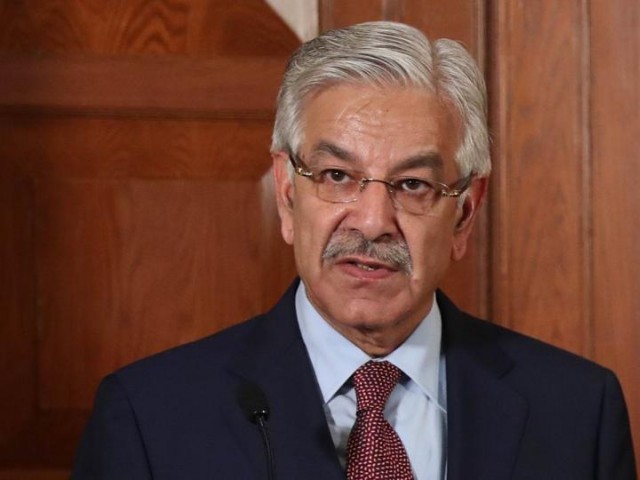 ISLAMABAD: In another blow for the Pakistan Muslim League-Nawaz (PML-N), the Islamabad High Court on Thursday disqualified Foreign Minister Khawaja Asif under Article 62 (i) (f) of the Constitution for the non-disclosure of his employment as an occupation and the monthly salary he was receiving.

“These ought to have been truly declared in the nomination paper of, at best, when the statement regarding foreign remittances and details thereof were challenged,” the verdict added.

Announcing the verdict, the three-member bench stated that Asif was not qualified to contest polls in 2013. The registrar was also directed to send a copy of the judgement to the Election Commission of Pakistan (ECP) and speaker of the National Assembly to denotify Asif as an MNA.

Meanwhile, the ECP de-notified Asif as “Member [of the] National Assembly of Pakistan from constituency NA-110 Sialkot-I with immediate effect”. 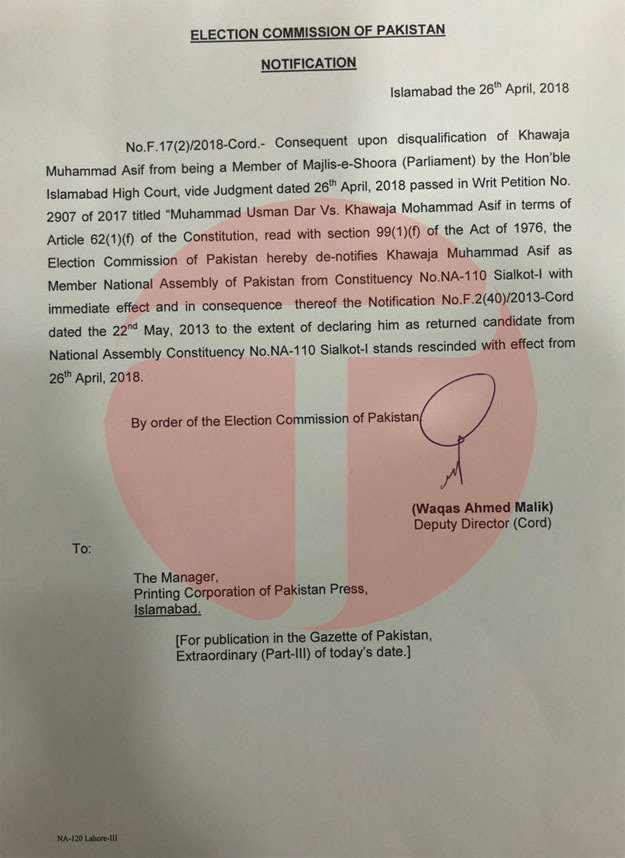 Pakistan Tehreek-e-Insaf (PTI) supporters started raising slogans of “Go Nawaz Go” outside the court after the announcement of the verdict.

Shortly after the verdict, Asif announced he will challenge the verdict and added he had never concealed his foreign work permit.

The bench observed that the respondent had taken the stance that the employment contracts had been executed merely to fulfil the requirements laws in the United Arab Emirates (UAE). “In this regard, a certificate, dated 12.04.2018, executed by the managing director of the company, has also been placed on record…The respondent, by taking this stance, has further complicated matters for himself,” noted the verdict.

“In other words, the respondent has taken a stance which tantamounts to acknowledging that he had executed a false contract with the intent of deceiving the laws of another sovereign State.”

“The certificate, dated 12-04-2018, issued by the Company and the stance taken by the Respondent to the effect that the employment contracts and the contents thereof were false explains withholding of this vital information while submitting the nomination paper,” it added. The verdict also noted how Asif failed to declare an account with the National Bank of Abu Dhabi in his nomination papers.

However, the IHC stated the verdict was delivered with a heavy heart. “We have handed down this judgment with a heavy heart not only because a seasoned and accomplished political figure stands disqualified but more so because the dreams and aspirations of 342,125 registered voters have suffered a setback.”

“When political forces, instead of settling disputes at the political forums, particularly the Majlis-e-Shoora (Parliament) resort to the Courts, it has consequences not only for the institutions but the litigant public as well,” the verdict observed.

“This conduct of political forces lowers public confidence in the legislature on the one hand and on the other hand exposes the institution of the judiciary to the controversies of adversarial politics.”

Reiterating that the political forces were “expected to settle their grievances before the political forums rather than taking the precious time of the bona fide litigants awaiting justice to be dispensed”, the judgment stressed the importance of the parliament. “Parliament is a symbol of unity of the Federation and the peoples’ will,” it said.

“It is ironic that Pakistan is amongst the few countries where a formal code of ethics and conduct for Members of the Majlis-e-Shoora (Parliament) and the Cabinet has not been prescribed so as to avoid situations such as have been observed in the facts and circumstances of the instant petition,” added the IHC verdict. 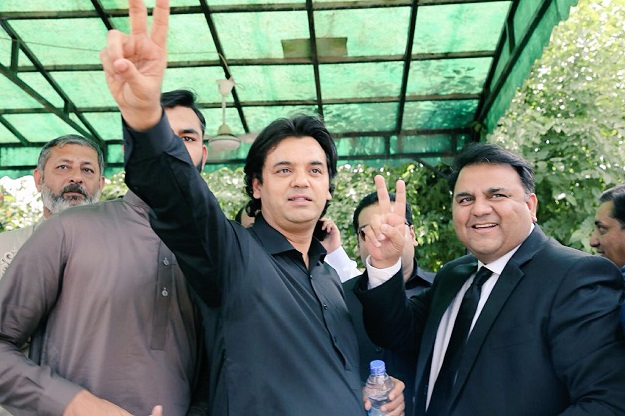 The petitioner, Usman Dar, who had contested against Asif during 2013 general elections in the NA-110 constituency from PTI’s platform, had argued that Asif hid the fact of holding an iqama, or a foreign work permit, in his nomination papers. Dar, through his counsel Sikandar Bashir Mohmand, nominated Asif, the Election Commission of Pakistan (ECP) and the National Assembly secretary as respondents and sought relief under Article199(1)(b)(ii) read with Article 63(1)(f).

Mohmand had argued before another larger bench that Asif in his nomination papers had mentioned himself as a businessman, whereas his Abu Dhabi Iqama proved that he was and still is an employee of a company in a different capacity.

The prosecution counsel’s claimed that the foreign minister was not entitled to holding the office of an MNA or that of a federal minister under the ‘Unlimited Term Employment Contract’ between him and the International Mechanical and Electrical Company (IMECL) – a limited liability company located in Abu Dhabi and existing under UAE laws.

He said Asif “has been continuously employed as a full time, salaried employee of IMECL since at least 2-7-2011” and held various positions, including that of ‘legal adviser’ and ‘special adviser’.
The counsel had also said Asif was to receive a monthly basic salary of AED35,000 along with a monthly allowance of AED15,000, making an aggregate payment of AED50,000 per month.

In his reply earlier submitted before the previous larger bench, Asif said the petitioner had relied upon the documents appended by him along with his nomination papers prior to the 2013 elections.

The nation has unwavering resolve to eliminate terrorism: Khawaja Asif

The counsel for Asif had said Dar was trying to achieve his mala fide objectives and seeking re-adjudication of the election dispute indirectly by filing the present petition which is contrary to the principle of law that says “what cannot be achieved directly cannot be achieved indirectly”.

In his reply, Asif said had admitted being employed as a legal advisor as stated in the employment form, however, he stressed that the business relationship between the company and the respondent was in accordance with the law and did not relate to the national security or any matter which may be in conflict with the official functions being carried out by the respondent being the foreign minister.

He had further said there was no reason for the petitioner to object to the working relationship of Asif with the company in the UAE without showing a violation of any express provision of law. He added that the remuneration fee received by Asif had been duly declared in his nomination form for the elections held in May 2013.