Nawabshah may have witnessed the hottest April temperature ever recorded

Nawabshah may have witnessed the hottest April temperature ever recorded 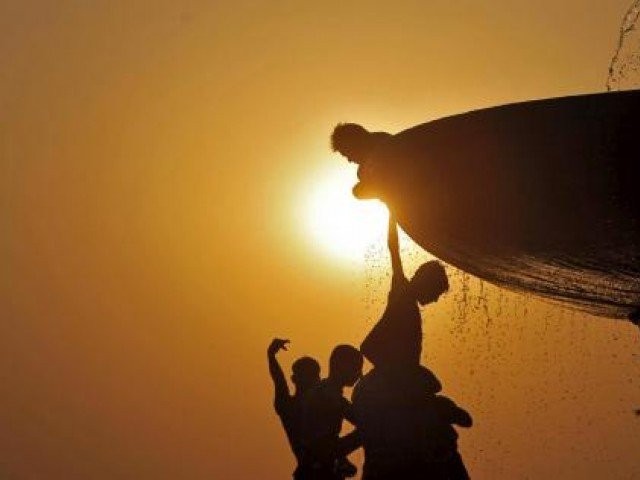 The temperature in Nawabshah rose to a staggering 50.2° Celsius earlier this week, marking the highest temperature recorded on the planet during the month of April, The Washington Post reported.

Etienner Kapikian a metreologist at Meteo France posted this observation on Twitter claiming it to be the warmest April temperature ever recorded in Pakistan and the Asian continent in its entirety.

An expert on global weather extremes, Christopher Burt went a step further and added in an email that the temperature recorded in Nawabshah was the highest temperature yet to be observed reliably on earth in modern records.

Mexican city of Santa Rosa recorded 51° C in April of 2001, however, its reliability is disputed according to Burt.

Cervany stated in an email that this is the second-straight month in which Nawabshah has set a new monthly temperature record for Pakistan, with temperatures rising up-to a national record of 45.5° C degrees in March. Several other Asian countries have also established record highs for March during the hot spell from the 29 to 31.

Chinese News agency Xinhua reported that the heat has also spread across India, causing temperatures to rise with New Delhi  recording a temperature of 45.5° C.

While Monday’s temperatures across Southern Pakistan were reportedly up to 25 degrees warmer than normal.

The record-setting 50.2° C reading in Nawabshah adds to a long list of international hot weather extremes since 2017, including Spain’s and Iran’s highest ever temperatures recorded in the previous summer.

In May 2017, Turbat hit 53.5°C tying the all-time highest temperature in Pakistan and the world-record temperature for that month, Weather Underground’s Jeff Masters reported.