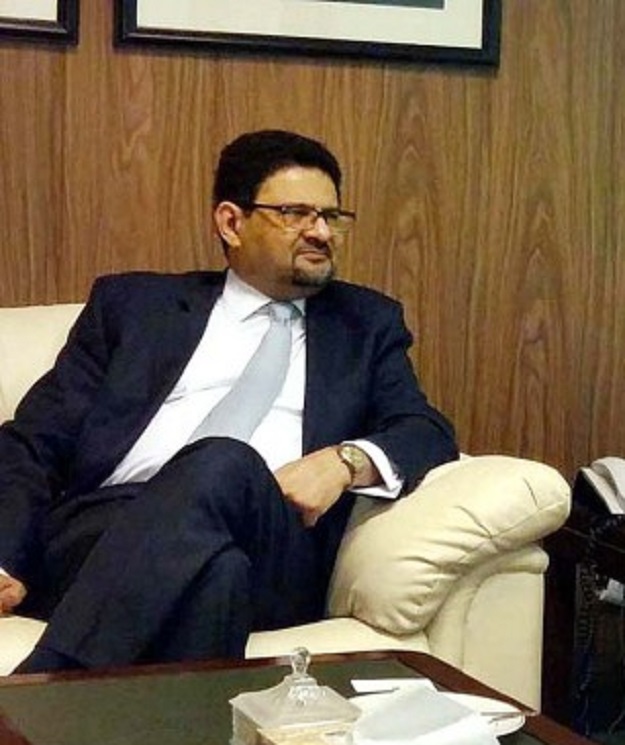 ISLAMABAD: This would be the first time that a government elected for a term of five years would actually present six budgets. It has already triggered a debate over the legality of the government’s action.

It will also be for the first time that an unelected person, Adviser to Prime Minister on Finance Dr Miftah Ismail, would deliver the budget speech. Historically, budgets are announced by the elected Member of the National Assembly or Senate.

After the 18th Amendment in the Constitution, an adviser to the prime minister can also announce the budget, says Ismail.

Another significance of the budget is that it would be presented nine weeks before the close of the ongoing fiscal year. Consequently, announcements of past performance would be based on seven to eight months of data, increasing the chance that estimates would be off by a wide margin.

A budget without Dar, a PML-N without Nawaz

The budget will be presented three months before the next general elections, which has raised hopes that the masses would be offered huge relief. In the single largest wage-boosting measure in Pakistan’s history, Prime Minister Shahid Khaqan Abbasi has already announced to increase the income tax exemption threshold by three-fold to Rs1.2 million, and cut the maximum individual income tax rates by 57% from July 1.

For those who earn over Rs4.8 million annually, the income tax rate will be 15%. The existing rate for these people is in the range of 27.5% to 35% plus Rs6 million tax for the highest slab. In addition, the government is expected to give a minimum 10% increase in salaries, and a 10% to 20% raise in pensions.

These are huge measures, and could possibly make the PML-N a very popular party.

They can swing votes in Islamabad Capital Territory (ICT), where most government employees live. The ICT now has three seats in the National Assembly after fresh delimitations in light of the 7th Population Census.

On the taxation front, the government is also expected to withdraw the bonus tax share and restore group taxation relief for big firms, which would appease industrialists. Their money and influence matter at the time of elections.

However, the huge relief to the individuals has reduced the fiscal space for the Federal Board of Revenue (FBR) to accept any new cut on its tax collection base. Banks also expect that the government will withdraw the ‘Super Tax’, which it had levied four years ago just for one year. Chances are not very bright, as it will erase another Rs30 billion from the tax collection base.

In order to compensate some of these losses, the FBR could impose 5% duties on imported cooking oil, which would provide a significant amount of cushion.

Then there is another lobby, the agriculturists, who are now seeking a complete abolition of sales tax on farm machinery. Manufacturers of dairy products, which include FreislandCampina that invested $450 million, want a reversal of adverse tax measures.

The stock market is also seeking a reduction in Capital Gains Tax rates, demanding to bring it at par with real estate rates. They are unlikely to get this relief.

While the government is keeping one eye at populist measures, it is also looking to correct some of the past mistakes by making relatively realistic projections when it comes to expenditures.

It wants to announce a Rs5.237-trillion budget for fiscal year 2018-19, which is 10% higher than the outgoing fiscal year. This is a departure from past practices when the PML-N would announce only a 4 to 6% increase in the total outlay, which always proved to be unrealistic.

There could be two factors behind this decision. First is change of the boss. One of the irritants that Ismail faced after taking over at Q Block was how to handle understated expenditures, mainly defence, debt servicing, pay and pension bills. He made some major revisions on these accounts for the outgoing fiscal year.

The other reason could be that the PML-N government is ending its tenure.

But it seems that the new leadership of the Q Block is this time genuinely interested in giving realistic estimates, including setting a realistic current account deficit target. This includes the 5.3% budget deficit target.

The government is also likely to set the current account deficit target at 4.2% of GDP. This will be higher than the 3.8% figure approved by the Annual Plan Coordination Committee on April 16.

The federal cabinet has already authorised Rs1.1 trillion as defence budget and another Rs100 billion for Armed Forces Development Programme (AFDP) – a sum of Rs1.2 trillion that is equal to 23% of the proposed total budget.

Another amount of Rs1.607 trillion or 30.7% of the proposed budget has been earmarked for debt serving. The original debt servicing cost in the outgoing fiscal year was Rs1.364 trillion which has now jacked up by Rs243 billion or 17.8% for the next year.

To run the civilian government, the government could propose Rs445 billion for the next fiscal year to parliament, which is up by Rs68 billion or 18% over the original budget for the outgoing fiscal year.

A budget without Dar, a PML-N without Nawaz