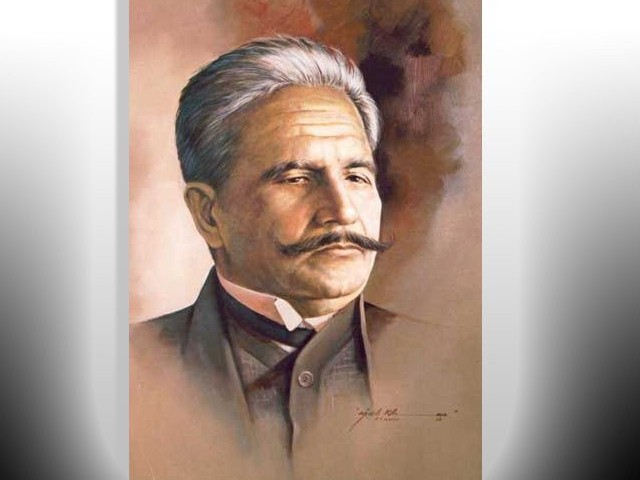 The Shair-e-Mashriq passed away in Lahore on April 21, 1938. PHOTO: IQBAL ACADEMY PAKISTAN

Iqbal through his revolutionary thinking had given the Muslims of the sub-continent the concept of a separate state where they can live in accordance with their religion and customs.

In his message on this occasion, Speaker National Assembly Sardar Ayaz Sadiq said Pakistan can achieve a clear distinction in political, economic, social and religious spheres by following the thought and philosophy of Allama Muhammad Iqbal in true spirit, Radio Pakistan reported.

Born in Sialkot in British India on November 9, 1877, this great Muslim philosopher is known for his poetic work. His famous collections of poetry include Zarb-e-Kalim, Bang-e-Dara and Bal-e-Jibril. Iqbal was a strong proponent of the political and spiritual revival of the Islamic civilisation across the world, but specifically in South Asia.

He is also considered one of the most important figures in literature with literary works in both Urdu and Persian languages.

Being a member of All India Muslim League, Iqbal strongly supported Jinnah and had great faith in his leadership. Iqbal was quoted in a book by Sayyid Nazir Niazi as saying “Muslim League can succeed only on account of Jinnah. Now, none but Jinnah is capable of leading the Muslims.”

Iqbal, during his last days, suffered from a throat disease and passed away in Lahore on April 21, 1938.