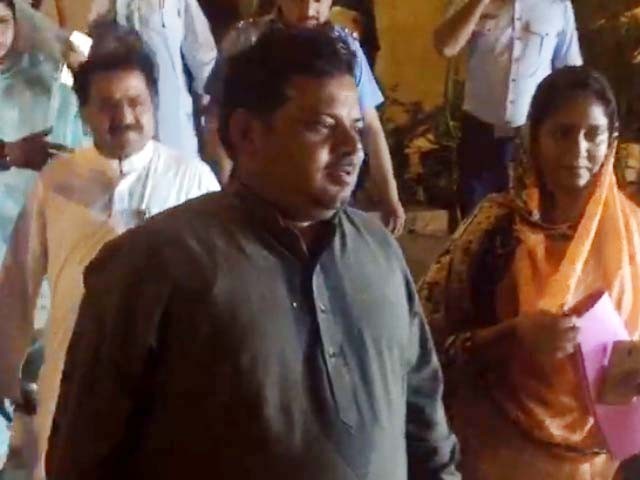 KARACHI: A ruckus was witnessed in Sindh Assembly on Friday when Pak Sarzameen Party (PSP) member Saifuddin Khalid staged a sit-in against severe dearth of potable water in his constituency.

“There has been no potable water in my area,” he said while addressing the Speaker. “Today, I have come here to collect donation from different lawmakers so that a hundred water tankers could be arranged for the people.”

Khalid went on to add, “I have arranged all necessary things, such as pillow, clothes, food and grains for my survival to live in the Assembly until this issue is resolved.”

As the Speaker made attempts to maintain order in the House, provincial local government minister Jam Khan Shoro accused Khalid of staging a ‘drama’.

This irked the opposition members as most of them, including those from Pakistan Tehreek-e-Insaf (PTI), Pakistan Muslim League-Nawaz (PML-N) and Pakistan Muslim Functional (PML-F), began chanting slogans against the government.

Amidst the uproar, the government tabled three different bills for amendments, but to no avail.

Meanwhile, the PSP member went to other lawmakers and managed to collect Rs25,000, insisting he would stay in the House if his constituency remains deprived of water.

Khalid ultimately called off his protest and agreed to exit the Assembly after talks with other lawmakers bore fruit.

Earlier, opposition MPAs came hard on the treasury benches when PML-F MPA Nusrat Seher Abbasi moved a call attention notice against 192 illegal appointments in town and municipal committees of Kot Diji, Khairpur Mir. “The appointments have been made becuause the elections are approaching fastm” she pointed out and urged the National Accountability Bureau (NAB) to initiate an inquiry.