Fate of Hajj pilgrims hangs in the balance

Fate of Hajj pilgrims hangs in the balance 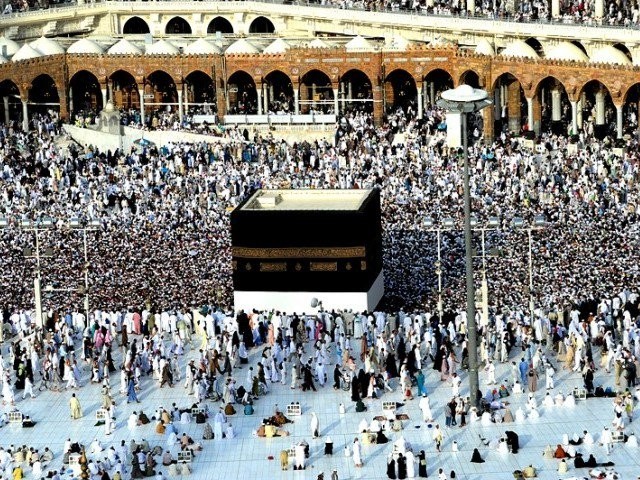 Applicants are eagerly waiting for the second ballot. PHOTO: AFP

ISLAMABAD  : The federal government has not yet announced the final quota decided for intending pilgrims who will perform Hajj 2018 under government scheme as fate of the remaining 280,000 families hangs in the balance.

This delay is causing further hindrance in holding the second ballot and is generating new controversies. Earlier, the federal cabinet allowed the ministry of religious affairs to carry out the Hajj balloting for 50 percent of the total quota of Hajj pilgrims after reviewing the status of legal proceedings and need to communicate the maximum number of Hajj pilgrims to Saudi authorities.

Earlier, the federal cabinet approved 67 percent for government scheme and 33 percent for the private tour operators for the Hajj 2018, which was later challenged in the high court in different cities.  However, the Islamabad High Court (IHC) ordered to keep the Hajj quota 60 per cent for government scheme and 40 per cent for the private tour operators.

It has really become difficult for the Hajj applicants who are still waiting for the second balloting to take place. Their official Watsapp group is flooded with queries and worries. All of them have deposited Rs270,000 and Rs280,000 per person in the banks.

An official privy to the situation told The Express Tribune that a summary is pending at the Prime Minister Secretariat waiting to be signed by PM Shahid Khaqan Abbasi regarding the final decision on Hajj quota.

“As soon as the ministry of religious affairs will receive the final approval, it will announce the date for the second balloting,” said the official.

An official source in the cabinet division told The Express Tribune that in light of the IHC decision, it has been decided that this year 60 percent people will perform Hajj under government scheme and 40 percent through private tour operators.

“Therefore the ministry of religious affairs has to carry out balloting for the remaining 10 percent of intending hajj pilgrims,” he added.

The banks this year have received a record-breaking number of Hajj applications for the 2018 Government Hajj Scheme which exceeded over 375,000.