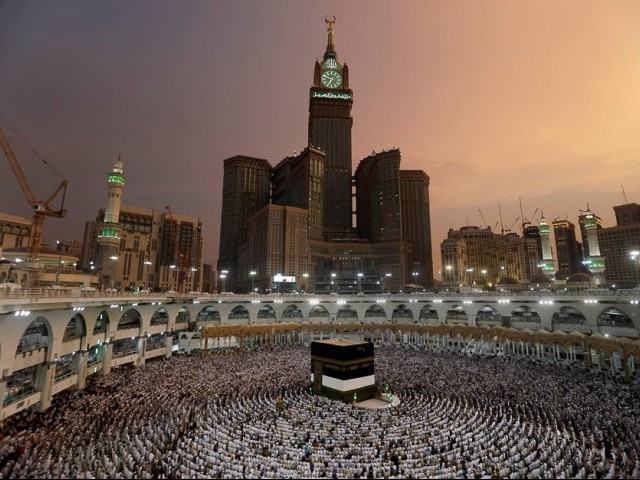 ISLAMABAD: After getting a green signal from the federal cabinet to carry out half of the balloting (50 per cent) of the total government Hajj quota applications, the Ministry of Religious Affairs and Interfaith Harmony has selected 89,605 by holding a computerised draw, said Minister of State for Religious Affairs Pir Muhammad Aminul Hasnat Shah during a presser on Thursday.

The move came after Saudi Arabia asked Pakistan to tell the exact number of intending Hajj pilgrims before March 3 in order to finalise the flight operation.

This year the Ministry of Religious Affairs had planned to start hajj arrangements well before time in order to provide best accommodation, food and transport facilities to the intending pilgrims. But the balloting process was halted by the government in a surprise last minute move on January 26 after the SHC ordered postponing the Hajj lucky draw 2018 while announcing its verdict on a petition alleging that certain terms of the new Hajj policy were against the Islamic teachings. The Lahore High Court had also issued a similar order.

But three days ago, the federal cabinet in a meeting, held under the chairmanship of the Prime Minister Shahid Khaqan Abbasi, allowed the ministry to begin the balloting of half of the quota after reviewing the status of legal proceedings.

Addressing the presser on Thursday, the minister for religious affairs said the remaining candidates would be selected in the next round of the balloting after the Islamabad High Court gave its final verdict over all petitions filed against the Hajj Policy 2018.