Left-hander's exclus­ion from the squad from upcomi­ng tour leaves much to wonder about cricke­ting affair in the...
By Azeem Siddiqui
Published: April 16, 2018
Tweet Email 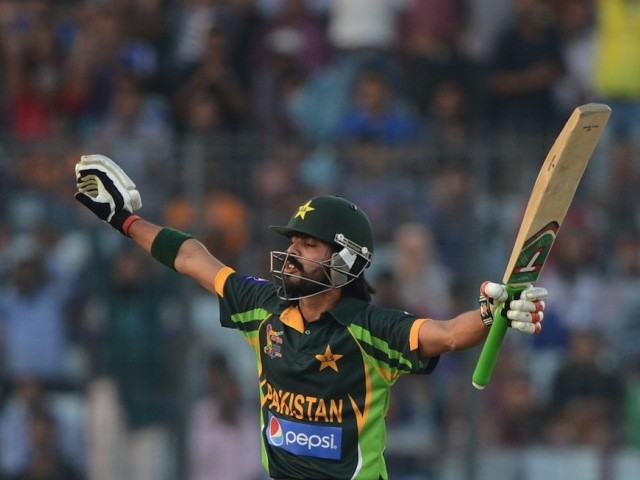 KARACHI: The condition of sports in any country is a reflection of its society, as many would agree, and Pakistan, by far and large, presents the best case study to understand this phenomenon.

We often hear leaders and politicians claim that Pakistan, if it realises its potential, can become a real powerhouse, but the only thing which is stopping it from reaching its full potential is the denouncement of merit, mostly due to nepotism.

Nepotism has become a household term used by Pakistanis whenever they are asked to list down reasons for the failure of the country on so many fronts.

When it comes to sports then, it becomes evident why most of the federations are in a shambolic state: nepotism eating through the roots of merit.

Let’s talk about cricket now, which is arguably country’s most commercialised sport, and therefore the stakes are high when cricketers walk onto the pitch to represent the country, however, even higher are the complains of favouritism.

Back in the 90’s, it was an open secret that the likes of Basit Ali, Asif Mujtaba and Mohammad Zahid couldn’t find a permanent spot in the national team even after delivering on numerous occasions just because they were not liked by the captain, the coach or the chief selector.

Fast-forward today and things still haven’t changed, not even a bit. Even now, there are players who make it into the national squad on the basis of personal relations, rather than domestic performances, which is the perfect recipe for disaster, sooner or later.

Such was the case when the 16-member national squad was announced on Sunday by chief selector Inzamamul Haq for the highly anticipated Test tour of Ireland and England.

The team management, undoubtedly, took a bold step and placed their faith in youngsters, which included five uncapped players namely Fakhar Zaman, Imamul Haq, Usman Salahuddin, Saad Ali and Faheem Ashraf, but there was a common absentee too — Fawad Alam.

To further strengthen Alam’s case, he has scored 264 runs in his last five innings (all formats, domestic and international included) at a staggering average of 88; talk about the form he is in.

The only thing which goes in the favour of Imam (apart from being the nephew of the chief selector) and Ali are their ages, but then again, if Alam can’t make it to the national team at 32, Misbahul Haq and Younus Khan should’ve been asked to go home early too.

While announcing the team, Inzamam did reply to the quandary of why Alam wasn’t selected. He professionally ditched the question, as has been done by so many over the last three-four years, by saying that unselected ones should not be disappointed and work hard to be a part of the squad in the future.

But why shouldn’t he be disappointed after being overlooked for so many years and being rejected just to bring in mediocre players like Imam.

Alam’s non-selection remains an unsolved mystery. Even after having the best average in the history of Pakistan’s domestic cricket, it is shocking, surprising, and to an extent comical that he has not represented the Men in Green in nearly three years.

Alam’s complete ignorance will perhaps be written as one the darkest chapters in Pakistan’s cricketing history, where an individual did all things possible but no good use.

Inzamam might ready answers to the questions he will face after what happened on Sunday, otherwise he should get ready to be remembered as someone else rather than the player who retired from Pakistan cricket with respect.

‘Hopelessness is a sin’: Fawad Alam positive despite non-selection