The need is to develo­p skill and, by doing so, encour­age our young people to take up new challe­nges.
By Editorial
Published: May 15, 2011
Tweet Email 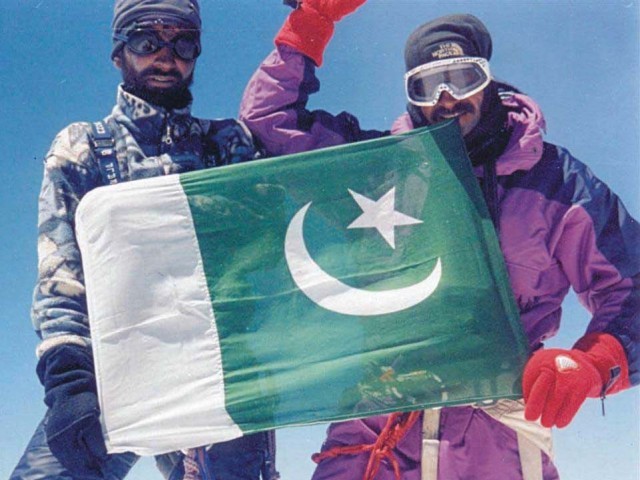 The feat by Hasan Sadpara from Skardu, who becomes only the second climber from Pakistan to scale Mount Everest, should make us all proud. What is more, Sadpara made the ascent without supplementary oxygen — a feat first achieved by the legendary Italian climber Reinhold Messner and his Austrian partner Peter Haebler in 1978. Another Pakistani, Nazir Sabir, had successfully reached the summit of the world’s highest peak in 2000.

The achievement by the little-known Sadpara underscores the extent of the mountaineering talent that lies within Pakistan. With fewer and fewer international climbers visiting the country due to security concerns, we sometimes forget that some of the world’s highest mountains stand in our northern areas. Sadpara, before proudly planting the Pakistan flag on the peak of Everest in Nepal, had successfully reached the tops of K2, Nanga Parbat and Broad Peak in his own country. The ascent of Nanga Parbat is considered by many in the mountaineering community to be the toughest of all high-altitude climbs.

Sadpara has also achieved something only a handful of people around the world have managed, despite a paucity of money and training. Mountaineering at the levels he has achieved requires many resources. The climber from Skardu has demonstrated just how much potential we have in the country. Just months ago, two female skiers from the Northern Areas won gold and silver medals in the South Asian Winter Games and this also demonstrated the skill that often lies hidden and unexplored in our people. The need is to develop such skill and, by doing so, encourage our young people to take up new challenges. The Alpine Club of Pakistan, which launched Sadpara’s expedition, also needs to be applauded. We must hope the climber will get the recognition he deserves and that his act will inspire others, who can remind the world that Pakistan deserves a place on the globe that is not linked to terrorism or other violent events which too often make headlines around the world. The media must take a lead in this and help Pakistanis everywhere to see themselves in a more positive light than is currently the case. This would be good for all of us.