India to provid­e techni­cal data in one month, Pakist­an to respon­d by Septem­ber 15.
By Zafar Bhutta
Published: May 14, 2011
Tweet Email 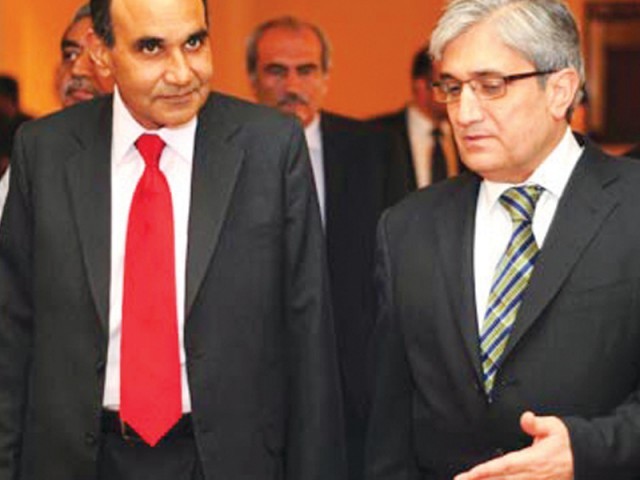 The two-day secretary-level talks on water issues between India and Pakistan ended without any breakthrough on the Wullar Barrage/Tulbul Navigational Project issue, though Pakistan agreed to India’s request to examine the design of the project.

According to the joint statement released after the talks, the Indian government will forward technical data to Pakistan within the next month. Islamabad will then have till September 15 to respond to the data with its views and comments. Both sides have agreed to come to a mutual settlement on the matter in light of the 1960 Indus Water Treaty.

The Indian delegation said that it remained committed to finding a solution through dialogue, even as Pakistan’s water and power ministry continued to express doubt over the legality of the project under the treaty between the two countries.

“It is in the interest of both of nations that solution should be found,” said Indian Water Resources Secretary Dhruv Vijai Singh, the head of the Indian delegation.

Officials said that exchanging technical data was a common practice between the two sides that have been negotiating over the legality of the project since 1987. India first proposed the project in 1984 and New Delhi and Islamabad have been through thirteen rounds of negotiation since then.Pakistani officials insisted that India did not need the project. “India has a lake and therefore it does not need to build the barrage,” said one person familiar with the negotiations.

The Indian delegation also met with Pakistani Water and Power Minister Naveed Qamar and briefed him on the results of this round of negotiations.

The composite dialogue is meant to lower tensions on both sides by avoiding high profile summits with the accompanying high expectations and instead rely on talks between civil servants and technocrats that resolve the smaller issues between the two sides, creating the political space for a broader compromise on thornier issues.