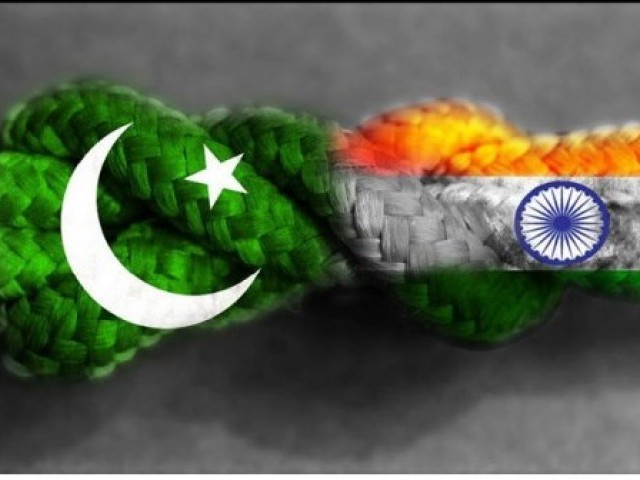 Pakistan and India made no progress in the deadlock over India’s plan to build a barrage on the Jhelum River, which Islamabad claims India has no right to do under the Indus Water Treaty of 1960 between the two countries.

In negotiations held in Islamabad on Thursday, India offered to modify the design of the Wullar Barrage, which it refers to as the Tulbul Navigational Project, on the Jhelum River, but Pakistani negotiators insisted that India abandon the project because it is in violation of the treaty.

In protest against what the Indians perceived as Pakistani intransigence, the Indian delegation walked out of the meeting with their Pakistani counterparts for about two and a half hours on Thursday. New Delhi sent a delegation led by Indian Water Resources Secretary Dhruv Vijai Singh. The Pakistani team is led by Water and Power Secretary Javed Iqbal.

India first proposed the project in 1984 and, despite 13 rounds of negotiations between Islamabad and New Delhi since 1987, the two governments’ stance on the issue seems as far apart as ever. Both sides even refuse to refer to the project by the same name, with Pakistan calling it the Wullar Barrage while India refers to it as the Tulbul Navigational Project.

The difference in nomenclature is a subtle but a significant difference nevertheless. If Pakistan can successfully characterise the project as a barrage meant for irrigation purposes, then it can prove that the project violates the Indus Water Treaty of 1960, an agreement between the two sides that has lasted even through three wars.

Under the treaty, India has complete use of the three ‘eastern’ rivers, the Ravi, Beas and Sutlej while Pakistan has almost exclusive rights over the Indus, Jhelum and Chenab rivers. India is not allowed to use the rivers beyond minor uses, accounting for no more than 750,000 acre feet of water flow and only on the tributaries of the Jhelum River. The Indus River does not pass through Indian-controlled territory.

India insists on characterising it as a navigational project designed to help river traffic in Indian-administered Kashmir. This would then put the project under the category of ‘non-consumptive’ use, which is allowed under article 11 of the treaty. India insists that the project is only meant to regulate the outflow in a way that would not affect the inflow of water to Pakistan.

Pakistan does not accept this position of India. “India wants to build water storage through Wullar Barrage that is not possible according to the treaty,” said Shahid Malik, Pakistan’s High Commissioner in New Delhi. “If India will not obey the treaty, Pakistan will have no option except to move the International Court of Arbitration.”

In addition, Pakistan alleges that since the project is on the Jhelum River itself, it is in violation of the treaty. “India wants control over the water of River Jhelum and we will never compromise on it,” said Javed Iqbal.

Indian officials seemed desperate to make progress on the issue. “We need to go ahead to make some headway and India is ready to share the barrage’s design in detail with Pakistan and even to discuss the changes in original design of barrage,” said Singh.

The Indians argued that the project would increase the availability of water in Pakistan during the winter months and allow for more reliable generation of hydroelectric power, which constitutes about 20 per cent of Pakistan’s total capacity.

Pakistan alleges that the true purpose behind the project is to create a man-made lake that would store 324,000 acre-feet of water and be used to run the Lower Jhelum Hydroelectric Plant and Uri Hydroelectric Plant on the Indian side of the Line of Control.