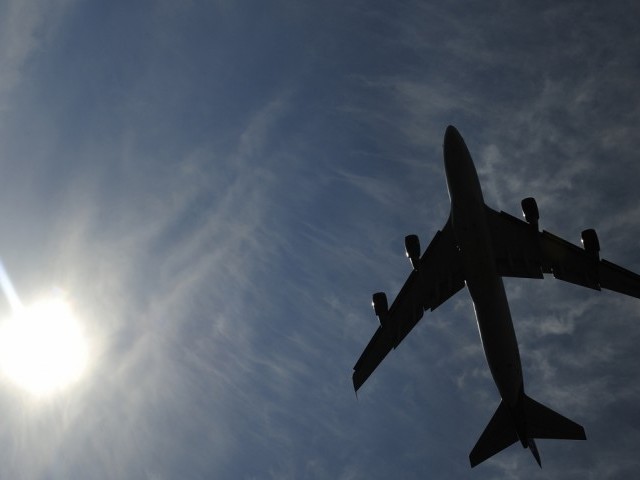 ISLAMABAD: At a time when Prime Minister Shahid Khaqan Abbasi has announced a new facelift for national flag carrier, the Supreme Court’s commission formed to address the grievances of airline passengers has found that the airline he founded has more delayed and cancelled flights than any other airline.

The commission has shared data on flight delays and cancellations from December 1, 2017 to February 28, along with the numbers of complaints received against various airlines.

Of the 11 airlines listed, Air Blue ranked last, as it had 130 delayed flights and 154 cancellations during the three winter months. It also had the most lost or damaged baggage complaints, with 32.

PIA and Shaheen Air had 58 and 56 cancelled flights, respectively, and 107 and 55 delayed flights from the two airports.

According to the report, the commission visited airports and while reviewing the statistics, also found that only in a few cases were passengers on delayed flights served meals or refreshments while they waited to be adjusted in later flights, and none of the airlines provided details of compensation and other facilities provided to their affected customers. “This clearly reflects the reluctance of airlines to fulfil their legal obligations under international conventions,” says the report.

The commission also revealed that right after the luggage scanners, Pakistan Customs and Anti Narcotics Force (ANF) had set up their counters where officials were busy in interviewing passengers and physically checking their luggage, despite the fact that they can monitor the scanning process from their desks.

It is also submitted that though the ANF and Pakistan Customs officials are not supposed to check the travelling documents of passengers, but they were still doing so.

“For the success of any system and portraying its positive image, the commitment, attitude and behaviour of the implementer matters. Even the best-designed processes and systems fail if the implanters are rude and arrogant. It is the responsibility of the leadership to create a culture of service delivery based on high values of norms and modesty. Since most of the complaints are related to the indifferent attitude and behaviour of ANF, Customs and ASF staff, therefore it is recommended that the relevant agencies should devise and implement a comprehensive training program for inculcating soft skills in their staff,”, the commission says in its recommendation.

It is also stated that although the immigration area had fourteen fully-equipped counters with IBMS software for the screening passengers, only seven were operational, creating long and disorderly queues and frustration among passengers.

The commission also found that snack and food prices on many items were almost double or triple the actual retail prices of those products.

The report also reveals that the National Aviation Policy 2015 acknowledges the lack of unity of command among different agencies working at airports, notes that this is necessary for better airport management, and suggests the appointment of a chief operating officer (COO) to monitor and report on the performance of staff of various agencies to their concerned departments or ministries.

The commission recommends the appointment of the airport manager as the COO for monitoring the work of the staff of various agencies and to recommend action against any defaulting officials to their respective agencies.

The report says that the Montreal Convention and the Warsaw Convention provide minimum rights and compensation awards for the passengers for flight delays, denial of boarding, and loss of baggage. All airlines recognise these rights but are reluctant to comply with them.

The commission proposes that in case of long delays, cancellation of flights, or denial of boarding, the airport managers should ensure that carriers facilitate passengers by serving meals, refunding fares, free adjustment on the next available flight, and hotel accommodation in line with entitlement under international conventions and policy.

To address the grievances of victim’ families, the CAA should ensure the compensation to the legal heirs under the Carriage by Air Act 2012 and international conventions within specified deadlines, the commission further recommends.

It is further proposed that the role of traffic wardens at Benazir Airport should be as facilitators to ensure the smooth flow of traffic. The price of food items also need to be revisited and rationalized, the report says.