Karachi’s parks to be cleared of illegal constructions

Karachi’s parks to be cleared of illegal constructions 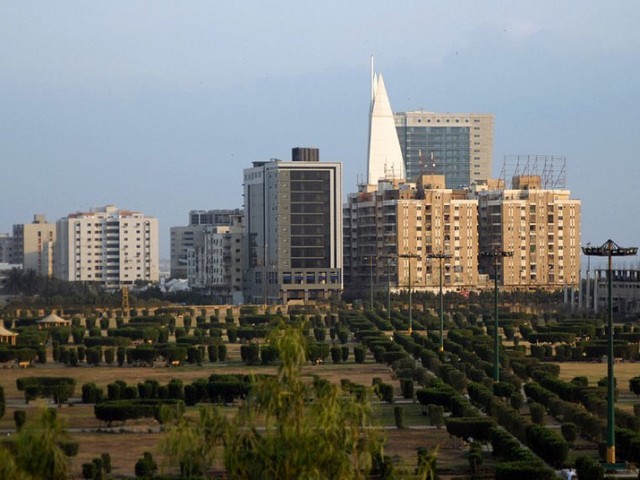 KARACHI: The Supreme Court (SC) ordered on Saturday the Karachi Metropolitan Corporation (KMC) and Karachi Development Authority (KDA) to demolish all illegal buildings and offices built on land reserved for public parks and playgrounds in the metropolis.

A two-judge bench, comprising justices Gulzar Ahmed and Maqbool Baqar, further ordered the city’s authorities to tear down wedding halls, political parties’ offices and other illegal buildings across the city and restore the playgrounds and public parks to their original position. The bench was hearing a petition filed by former Karachi mayor Naimatullah Khan at the SC’s Karachi Registry.

During the proceedings, the bench’s head, Justice Ahmed, deplored that the city had been ruined. “Is there anyone who will take responsibility for it?” he remarked.

The judge recalled that in his childhood he used to play cricket in the China Ground and told the officers that the playground’s land had since been turned into developed property. He ordered the authorities to reclaim the playground and demolish the offices built there.

The bench declared that illegal buildings will not be tolerated on land allocated for welfare projects in the city.

The bench members remarked that Karachi’s dilapidated condition had become a source of embarrassment for its residents. They inquired from the provincial and local government officers present in the courtroom as to who was responsible for building huge walls on Sharae Faisal – the city’s main thoroughfare.

The court questioned the building of new shopping malls, saying that they seem to serve no good since locally manufactured products were not sold there. “Even our labourers are losing their jobs to the Chinese now,” he remarked, possibly in reference to the awarding of contracts of sanitation projects by the Sindh government to Chinese firms.

The bench came down hard on provincial Advocate-General Barrister Zamir Ghumro over inaction by the provincial government against officials involved in land grabbing.

Expressing his dismay over the manner in which the state of affairs were being handled, Justice Ahmed asked Ghumro what the Sindh government was doing and what it wanted the court to do.

“We don’t want to assume the government’s job,” the judge clarified. However, he said the court was compelled to interfere in administrative affairs when its job was to look at matters regarding the law and Constitution.

Justice Ahmed also criticised the lavish lifestyle of government officers, wondering where they were getting the money to “charter private flights to get their children married in London”. Without naming names, he asked the AG if any action had been taken against the officer who was accused of doing so.

The judge then told Ghumro to advise the mayor and chief minister to step back and take a fresh look at Karachi’s condition.

The bench directed the heads of the KMC, KDA and other agencies concerned to demolish all illegal and unauthorised constructions and structures set up in plots reserved for public parks and playgrounds across the city. It also ordered them to restore all these parks and playgrounds to their original position and submit their reports regarding compliance to the SC.

They were also told to ensure removal of illegal constructions along Kashmir Road. The judges directed them to remove all illegal structures from China Ground, except the swimming pools, squash and tennis courts and skating rink.

Justice Ahmed observed that the office of a political party was still being run in a playground located in the Pakistan Employees Cooperative Housing Society and ordered the officials concerned to demolish the illegal structure.

During the hearing of another case pertaining to allotment of government land, Justice Ahmed told Ghumro that it is evident that the provincial government had allotted thousands of acres of land.

He remarked that thieves were still sitting on the board of revenue. “If the ban on allotment of land is lifted then your officers will celebrate,” the judge told the law officer.

Expressing dismay over the manner in which the state of affairs was being handled in the province, Justice Ahmed asked whether the court should tell the government how to make allotments.

“What is the Sindh government doing? What does the government want us to do?” he asked the AG and other officials.

As the hearing proceeded, the judge also highlighted how government officers were travelling to London in chartered planes for their children’s weddings. “Do you not know which officers booked chartered planes?” the top court’s judge asked the AG. “Where are they getting this much money from?” he questioned, but the officers remained silent.

The SC bench remarked that all senior government officers in Sindh considered themselves kings and untouchables. Justice Ahmed remarked that large tracts of land in Karachi had been illegally occupied.

The bench members asked the AG to convey the court’s concerns to the CM and mayor.

They directed the AG to submit complete computerised records of the province’s revenue within a month. It further sought details of the revenue department’s standard operating procedures laid down for action against its officials and officers.

While hearing another case regarding encroachments on 648 acres of government land in Kotri, the judges came down hard on the provincial and local authorities for failing to remove the encroachments.

The judges ordered the assistant commissioner of Kotri, who was personally summoned to the Karachi Registry, to remove all encroachments from the area within a month.

The bench told him to start process of removing encroachments today (Sunday) and submit a report.