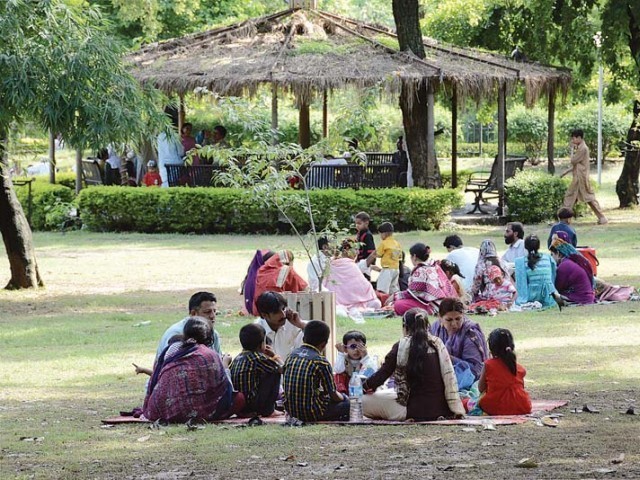 Families at a picnic in a park. PHOTO: EXPRESS

This was stated by Commissioner Bilal Butt while presiding over a meeting held on Saturday. First of all, it had decided to improve Shah Shamsh Park, with building musical foundations, expansion of inside lake and launching paddle boat into the water. A tuck-shop and cafeteria will also be acquired during renovation process, the commissioner remarked.

He also approved a wide parking area covered with iron bar near the park. He directed the PHA authority to devise renovation action plan for the rest of parks in a minimum time frame and submit him for smooth implementation after a detailed review upon them. He asked Parks and Horticultural Authority (PHA) and Federation Cynologique International (FCI) to advertise maximum of “All Breed Dog Show” to be held on January 21 at Sports Ground.

According to PHA sources, nearly 25 breeds and 150 pets from Karachi, Lahore, etc would amuse visitors on the occasion.