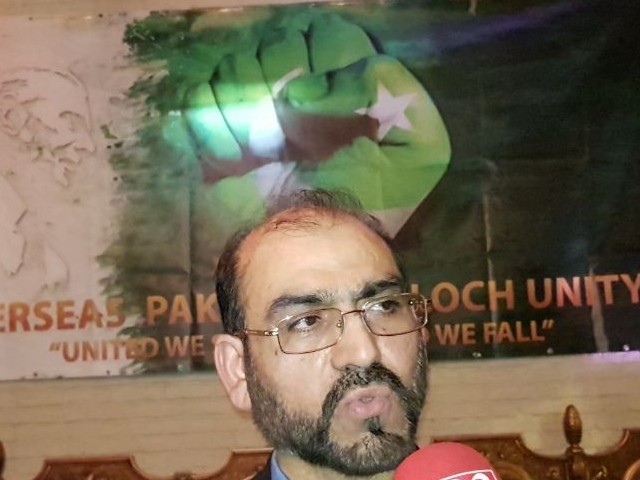 ISLAMABAD: Overseas Pakistani Baloch Unity (OPBU) founder and chief coordinator Dr Jumma Khan Marri has said that opponents of the Gwadar Port and the China-Pakistan Economic Corridor (CPEC) are the enemies of the people of Pakistan, especially Balochistan.

“Both the projects will change the fate of Balochistan,” said the OPBU founder while addressing a huge gathering in Kohlu from Moscow on Friday.

He urged all Baloch to lay down their weapons and start contributing to ongoing projects for betterment of the province.

He said that Indian paid so-called leaders were enjoying luxurious lives in Europe and on the contrary common Baloch public were the ones who were suffering the brunt of terrorism, “may it be attackers or victims, in both cases, Baloch community suffers”.

He said that he had launched an organisation Overseas Pakistani Baloch Unity, which would expose and confront these disgruntled so-called Baloch leaders on all forums and fronts abroad.

He said that soon he would come back to Pakistan, but first he and his organisation OPBU would dismantle anti-Pakistan elements abroad by showing their true face to the Baloch people and the international community.

He asked the people of Balochistan to help and support him in his mission of peace, unity and brotherhood.

A huge gathering was held in Kohlu to welcome Marri’s decision of disassociation from the so-called Baloch Separatist Movement and join the mainstream.

The event started in the form of a rally from Bank Chowk, Kohlu carrying banners with welcome remarks for Marri.

Among others, several tribal elders also attended the gathering.

Juma Khan Marri thanked the people of Pakistan, especially his supporters in Kohlu, for arranging such a big gathering to welcome his decision.