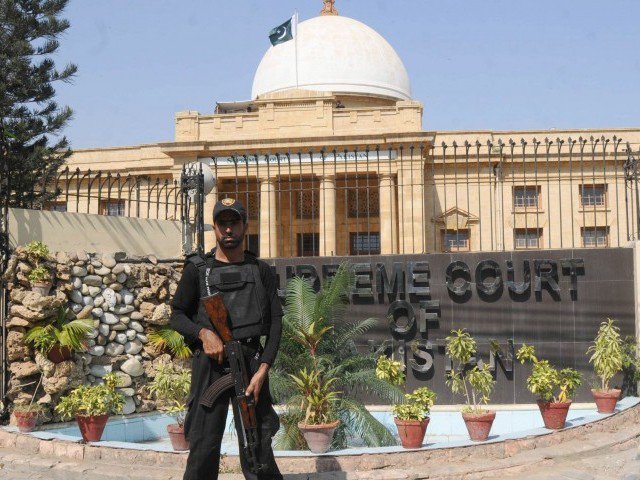 KARACHI: The Supreme Court (SC) set aside on Tuesday the life imprisonment sentences of two convicts in a 15-year-old murder and armed robbery case.

A three-judge bench, headed by Justice Asif Saeed Khosa, ordered the prison authorities to immediately release the prisoners, if their custody was not required in any other case.

The appellants, Aijaz Ali and Suhail Ahmed, had moved the apex court against the dismissal of their appeals by the high court. Also comprising justices Mushir Alam and Mazhar Alam Khan Miankhel, the bench passed this order on appeals filed by Aijaz and Ahmed.

Both were convicted by a district and sessions court of Hyderabad and sentenced to undergo life imprisonment after being found guilty of murdering a man during an armed robbery.

After 20 years: Asma Nawab, two others acquitted by Supreme Court

The prosecutor argued that the accused had tried to rob a car driver, Sadiq Ali, and shot him dead in 2002 in Hyderabad. Instead of death sentence, the trial court had awarded them life imprisonment.

The defence lawyer denied the allegations, arguing that the trial court had wrongly convicted the appellants, adding that the high court had also maintained their conviction and sentence without appreciating the facts and contradictions in the prosecution’s story.

The apex court’s bench observed that the prosecution had failed to establish the direct role of the appellants in the commission of the murder. It further observed that an eyewitness, who had identified the appellants before the judicial magistrate, had already seen them in police custody, which is a violation of provisions of the Evidence Act, among other laws.