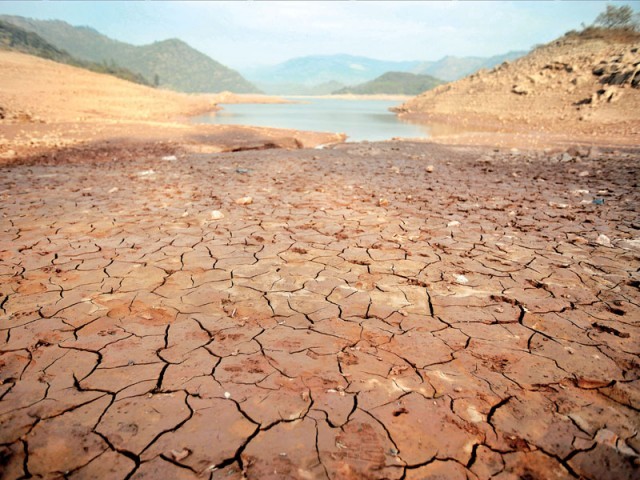 Almost equal inflow and outflow of water has restricted water storage levels to rise in the reservoirs. PHOTO: FILE

LAHORE: Water and Power Development Authority (Wapda) Additional Chief Engineer (Dams) Shahid Hamid has said that development of new water and hydropower projects is the need of the hour to meet the ever-increasing demand of water and energy.

“Per capita water availability in the country has decreased due to rapid growth in population and depleting water storage capacity of the reservoirs because of the natural phenomenon of sedimentation,” said the Wapda engineer while briefing a delegation of Command and Staff College, Quetta on water and hydropower sectors at the Wapda House on Monday.

Hamid said, “Pakistan has the capability to store only 10 per cent of its flow of rivers annually against the world average of 40 per cent.”

He said, “Wapda is committed to optimum development of water and hydropower resources in the country and is working on a comprehensive strategy.”

He emphasised that the Indus Cascade was Pakistan’s most precious asset which would help add a big quantum of cheap hydel generation and storage of water.

“An additional area of 20MAF land can be brought under irrigation owing to construction of new reservoirs,” said Hamid, apprising the delegation that Diamer Bhasha Dam, Mohmand Dam, Kurram Tangi Dam (Stage-1) and Naulong Dam were ready for construction.

“These dams have a total storage capacity of more than 8MAF and will produce about 5,000MW cheap hydel electricity after their completion,” he said.

He informed the delegation that the third hydropower project of Wapda – Neelum Jhelum Hydropower Project – was scheduled to be inaugurated in the middle of the current month.

All these three hydropower projects would add 2,487MW low cost hydel electricity to the national grid.