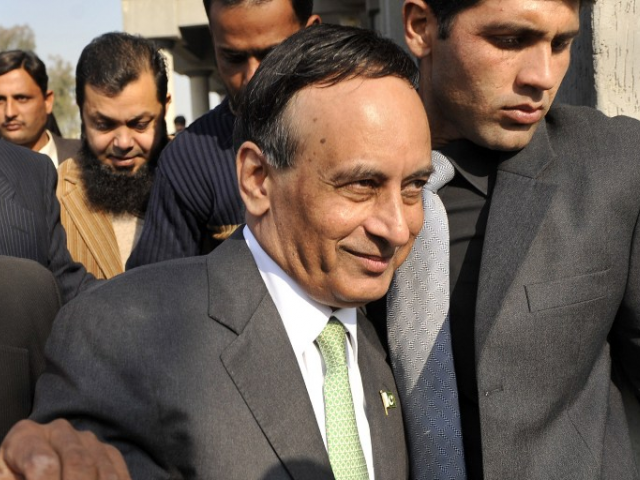 ISLAMABAD: The top court has given the government a month’s time to initiate the process of bringing former Pakistan ambassador to the US Husain Haqqani back to the country.

A three-judge bench, headed by Chief Justice of Pakistan (CJP) Mian Saqib Nisar, resumed hearing of the Memogate case on Wednesday. Justice Nisar stressed that the top court shall not tolerate any delay in  Haqqani’s repatriation.

During court proceedings, the CJP warned media against speculating over pending cases in the Supreme Court.  “No speculations over cases pending before the court,” he emphasised, adding that he may place a ban on media talks over it.

He said that it seems those, who hold discussions on TV channels claiming that old wounds are being opened, are not aware of the law. Justice Nisar stressed that once the court has decided on a case, the media may talk about it.

Irked over slow progress, Justice Nisar remarked that the bench did not want to delay cases. He questioned if the three-judge decision of the Memogate commission be thrown away?

The CJP warned that the top court may issue arrest warrants if Haqqani does not return to Pakistan.

In his reply, DG FIA informed court he will travel to the US and hire a lawyer but the process would take at least a month.

Directing Interior Secretary, Foreign Secretary and the FIA to make a comprehensive plan for the repatriation, the bench adjourned hearing for a month.