Sri Lankan President in Pakistan for a three-day visit

Sri Lankan President in Pakistan for a three-day visit

Presid­ent Sirise­na will be the Guest of Honour at the Pakist­an Day parade­
By News Desk
Published: March 22, 2018
Tweet Email 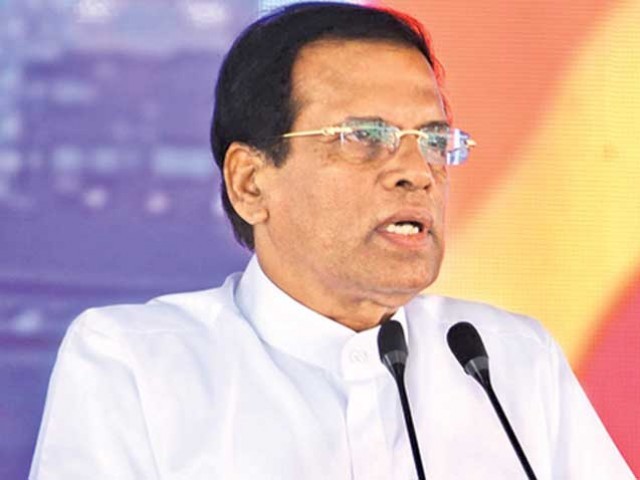 President Sirisena will be the Guest of Honour at the Pakistan Day parade PHOTO COURTESY: RADIO.PAK.GOV

President Sirisena will be the Guest of Honour at the Pakistan Day parade being organised to celebrate Pakistan Resolution Day on Friday.

He will be meeting President Mamnoon Hussain and Prime Minister Shahid Khaqan Abbasi. The leadership will be discussing matters of mutual interest.

The two countries are driven to achieving cooperation in the fields of training civil servants, cultivating diplomats and encouraging youth-led programmes. The MoUs will also be signed during the meeting.

Earlier this year, the Chief of Army Staff (COAS) General Qamar Javed Bajwa said that Pakistan and Sri Lanka are probably the only two countries that understand what it takes to defeat the menace of terrorism.

He commented this during meetings with the top military leadership of Sri Lanka after landing there on a two-day official visit on the invitation from his counterpart.

The army chief also visited the Command and Staff College Sri Lanka and interacted with faculty and staff.

According to the ISPR, the Sri Lankan military leadership expressed their gratitude and appreciation for Pakistan’s unequivocal moral and material support during the country’s successful war on terror. They also appreciated successes of the Pakistan Army in its ongoing war against terrorism.

Naqeebullah’s case: Rao Anwar given in police custody for one-month