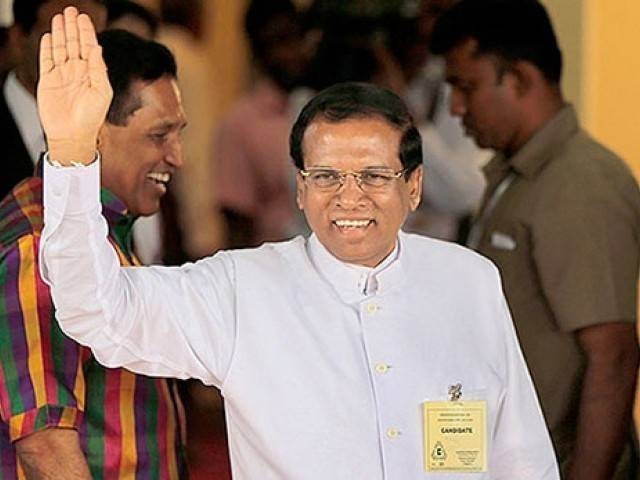 Sri Lanka’s president Maithripala Sirisena is set to visit Pakistan from March 22 to 24 where he will be the ‘guest of honour’ for the Pakistan Day parade.

The participation of President Sirisena in the parade is a demonstration of the very close ties between the two countries and the respect in which the people and leadership of Pakistan hold the president of Sri Lanka, said an official statement on Wednesday.

During the visit, the Sri Lankan president will meet President Mamnoon Hussain and Prime Minister Shahid Khaqan Abbasi to review all matters of mutual importance.

Memorandum of understandings (MoUs) on cooperation in the fields of training of civil servants, diplomats and youth development would also be signed during the visit.

“Pakistan greatly values its relations with Sri Lanka. Relations between the two countries are based on mutual trust and understanding,” said the statement.

“The visit will provide renewed impetus to our bilateral relations and enhance the goodwill existing between the people of the two countries,” it added.

As Facebook scandal mushrooms, Zuckerberg vows to ‘step up’