Plans to link it with the wholes­ale price of sugar
By Zafar Bhutta
Published: March 22, 2018
Tweet Email 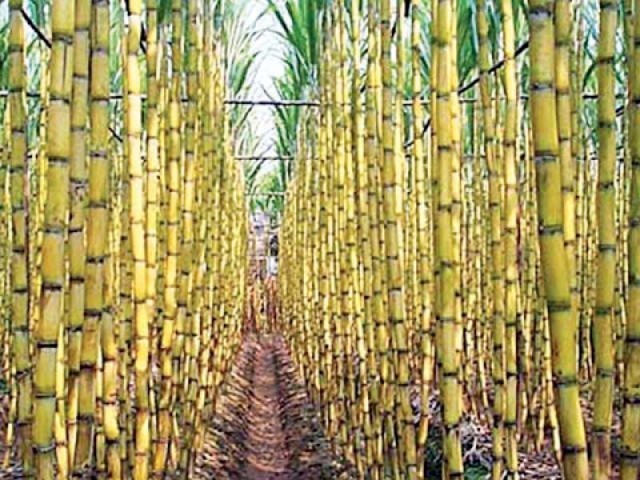 Instead of approving the receipt mechanism, the PML-N government doled out billions of rupees in export subsidy to the sugar barons. PHOTO: FILE

ISLAMABAD: The federal government has decided to do away with the support price mechanism for sugarcane crop and come up with a new pricing system that is linked with the wholesale price of sugar, which is a byproduct of sugarcane.

It arrived at the decision in a cabinet meeting in a bid to appease the protesting farmers, who have been exploited by the influential sugar barons of the country. Even the apex court took notice of the matter as sugar millers were dilly-dallying on the purchase of sugarcane from the growers.

The cabinet meeting was held on March 6 in the wake of recommendations of a committee constituted to address the challenges facing the farmers.

Sugarcane farmers get bitter end of the deal

The committee recommended that ‘excessive incentives’ for sugarcane farmers may be rationalised by replacing the current pricing mechanism with a new system that would connect sugarcane price with the wholesale price of sugar in an attempt to ensure a level playing field for all commodities. Sugarcane comprises 80% of the wholesale price of sugar.

Talking to The Express Tribune, a senior government official said the committee also recommended that sugar millers should pay 75% of the sugarcane price in advance and 5% after a year keeping in view the average wholesale price of sugar.

In 2012, the previous government of Pakistan Peoples Party (PPP) had approved a Cane Purchase Receipt mechanism that would be converted into bank cheques in a bid to save the farmers from exploitation. However, the present Pakistan Muslim League-Nawaz administration failed to implement it.

Even the Ministry of Industries and Production sent a summary in that regard to the cabinet, but it was not approved.

The Cane Purchase Receipt, if converted into bank cheques, would have supported documentation of the agriculture sector and safeguarded interests of the growers.

Cabinet members decided that the sponsoring division should carefully re-examine the proposal in relation to the role of the federal government.

It was surprising for the cabinet members that all key stakeholders including the Ministry of Finance, Ministry of National Food Security and Research, Federal Board of Revenue (FBR), State Bank of Pakistan, cane commissioners of Punjab, Khyber-Pakhtunkhwa and Sindh as well as Kisan Board had backed the system of printing the sugarcane quantity purchased and its price on the receipt. Provinces also endorsed the mechanism.

Instead of approving the receipt mechanism, the PML-N government doled out billions of rupees in export subsidy to the sugar barons.

Total hit to the public exchequer, both federal and provincial, will be at least Rs20.4 billion due to the cost of export subsidy. This is in addition to the benefit of Rs30 billion that the millers will get by claiming a subsidy of Rs20 per kg on the export of 1.5 million tons.

The millers are reportedly paying low prices to the farmers who are receiving Rs140 per 40 kg against the support price of Rs180.