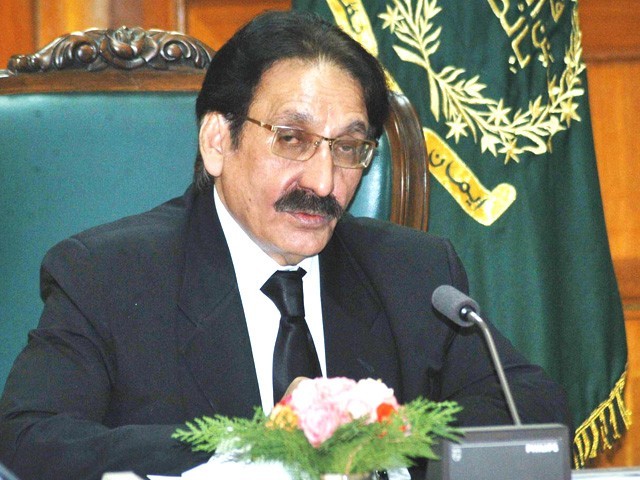 Taliban demand that appeals of their nine convicted activists be accepted.

The Taliban have threatened Chief Justice of Pakistan (CJP) Justice Iftikhar Muhammad Chaudhry of “dire consequences” if he does not accept the appeal of their activists convicted of attacking former president General Pervez Musharraf, The Express Tribune has learnt.

The Tehreek-i-Taliban Pakistan (TTP) activists were sentenced to death by the Lahore High Court in the Musharraf attack case.

The sources in the interior ministry said TTP spokesperson Shakirullah Shakir Mehsud threatened the chief justice that if he does not accept appeals of their nine activists he would suffer “dire consequences.”

After the threats, the Ministry of Interior has enhanced the security of the chief justice and alerted all authorities concerned to take greater measures for his protection.

After receiving threats by the TTP, the Ministry of Interior directed the police and other law enforcement agencies (LEAs) to provide box security, which means security around a vehicle from all four sides.

The National Crisis Management Cell of the Ministry of Interior issued a circular to all home departments, provincial police chiefs and other heads of LEAs, including the IGP of Islamabad,  to immediately increase security for the CJP and at the Supreme Court building. Sources in the security division in Islamabad told The Express Tribune that security has already been beefed up.

The circular further stated that box security must be provided to the CJP particularly during movement, and a police officer of SSP rank should supervise it.

A security official dealing with the CJ’s security said providing box security to the CJP’s vehicle will be a problem on a narrow road.

The interior ministry has also asked all provincial home departments and provincial police chiefs to take greater security measures when the CJP is travelling in their area.