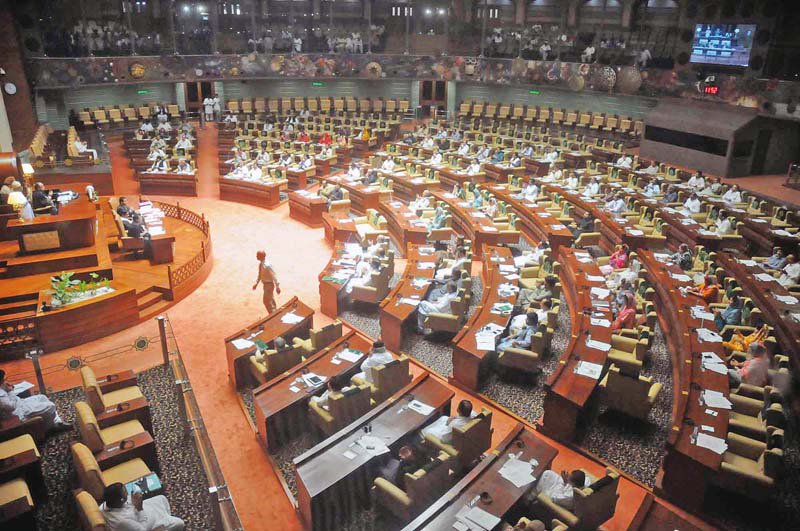 KARACHI: The Sindh Assembly has demanded that the federal and provincial governments announce a public holiday on the death anniversary of Shaheed Sibghatullah Shah Rashdi also known as Sooriah Badshah.

The demand was made in a resolution passed on Tuesday by the Sindh Assembly. The resolution was tabled by Pakistan Muslim League – Functional (PML-F) MPA Varyam Faqir who called Sooriah Badshah a hero of Pakistan.

Supporting the resolution, Muttahida Qaumi Movement (MQM) – Pakistan MPA Diwan Chand Chawla said that apart from observing public holiday, events should be organised to commemorate the struggle of the Hur leader who fought the foreign rulers of the land.

Information Minister Syed Nasir Hussain Shah also supported the resolution. The Pakistan Peoples Party (PPP) government initiated observing holiday on the anniversary of Sooriah Badshah’s martyrdom, he said. Nand Kumar of PML-F said that the Hur leader sacrificed his life for the country and his body was also not handed over to the people of Sindh by the British. Kumar called for observing Sooriah Badshah’s death anniversary in a memorable way.

MQM-Pakistan MPA Syed Sardar Ahmed said Sooriah Badshah and his followers fought bravely for independence. He recalled that thousands of people sacrificed their lives in the struggle.

Another PML-F MPA, Saeed Khan Nizamani, said that the late freedom fighter was not the hero only of Sindh but he was the hero of the entire country.

The House passed another resolution which demanded that share in royalty be given to districts producing oil and gas so that development works could be initiated in such districts. The resolution was tabled by Kumar.

In another resolution presented by MQM-Pakistan MPA Sabir Hussain Qaimkhani, the assembly called for legislation and creating awareness regarding ‘net zero energy buildings’ in major cities so that the energy crisis could be dealt with.

MQM-Pakistan’s Zafar Ahmed Kamali tabled a resolution, demanding that an institute for heart diseases be established in Mirpurkhas. The Sindh Assembly passed the resolution.

One of the bills was related to the establishment of Pakistan University in Karachi. It was presented by PPP MPA Ghazala Siyal.

Assembly asks govt to ensure security at schools in Sindh

Another MQM-Pakistan MPA, Diwan Chand Chawla, seconded Sardar’s point. PTI MPA Samar Ali Khan was of the view that Pakistan’s name should only be associated with public institutions. The treasury benches, however, rejected the amendments suggested by the opposition and the bill was passed with a majority vote.

The other private bill approved by the house was tabled by Farhat Seemi. The bill was related to Usman Institute of Technology.