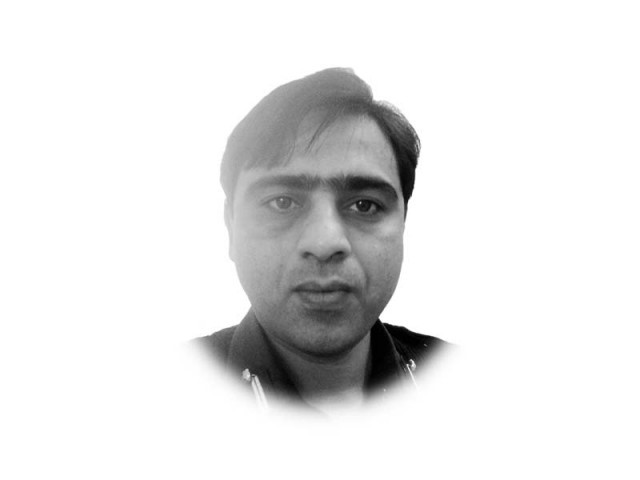 The writer is a senior police manager/supervisor and has done his MPA from Columbia University, New York

Digitalisation has become the modern-day mantra in the 21st century. The rate of digital development has outpaced the growth of any other industry. From computerisation of records to integration of data banks and from documentation of personal identities to average time spent on internet surfing, the digital networking has revolutionised the day-to-day affairs of human existence.

According to the Statistics Portal, a gradual increase in average daily time spent on social media has been observed from 2012 to 2017. It shows that an individual consuming 90 minutes on internet in 2012 was spending 135 minutes in 2017. It can easily be predicted that the trend of online-time-spent will increase in future. Once a significant portion of human population utilises digital media, wide ranging possibilities will emerge to detect their ideas, locate their geographical positions and transmit selective messages to them for various purposes.

As a person turns to the digital medium and starts spending time on it, he/she leaves behind digital footprints which help in detecting his/her activities. The digital world is quite different than that of the material world where things cannot be hidden and concealed. Moreover, it can be utilised through superior software to disseminate information among different sections of society for various objectives. Philip N Howard, a professor of Sociology at Oxford University, believes that the Arab Spring was the outcome of multiple factors, including economic, political and cultural elements. However, digital media was continuously an essential and significant factor contributing towards the success of social media movements, especially in the Arab world.

Similarly, Turkey blamed foreign-sponsored social media narrative for the failed coup in 2016. It means that the digital medium not only provides a fast communication channel but also connects simultaneously with thousands of people and creates a leading trend across the region. Such a narrative on digital medium provides an excellent means for motivating and changing opinions of the population. The leaders of the Arab world and Turkey have also hinted towards developed countries for controlling social media based movements in underdeveloped countries. Thus digitalisation has also changed the strategy of warfare.

From the printing press to electronic media and from information technology to digitalisation, the war theatre has undergone different phases of change. The mechanical arrangements in war are slowly giving way to digitalised procedures and practices. The drone technology is an excellent example of digital mix of satellite and localised information networking. In future it will be possible to target a single individual based on his/her movement style, picture and physical structure. This will only be possible once digitalisation becomes pervasive and widely used in communication and day-to-day affairs. Human intelligence will be replaced with digital intelligence.

The digital world will soon overshadow the material world as everything will be done through digital means. A person in a digital world will be like a dynamic digit which can easily be detected and located at a particular instance. The question here arises as to how a person without having any gadgets can be detected in a digital world. The simple answer to this question is that 24-hour satellite communication and/or digital devices become so cheap that it makes it understandable to detect or locate per second movement of any person anywhere across the globe. Once the satellite communication acquires such digitalisation the concept of localised monitoring and regional supervision will become redundant and superfluous. This will enable a country to secure a digital surveillance anywhere in the world.

In other words, the end of the digital age will herald new chapter of restrictions and monitoring at the individual level.