With help of PITB, the projec­t aims at real-time monito­ring of staff and studen­ts
By Ammar Sheikh
Published: February 27, 2018
Tweet Email 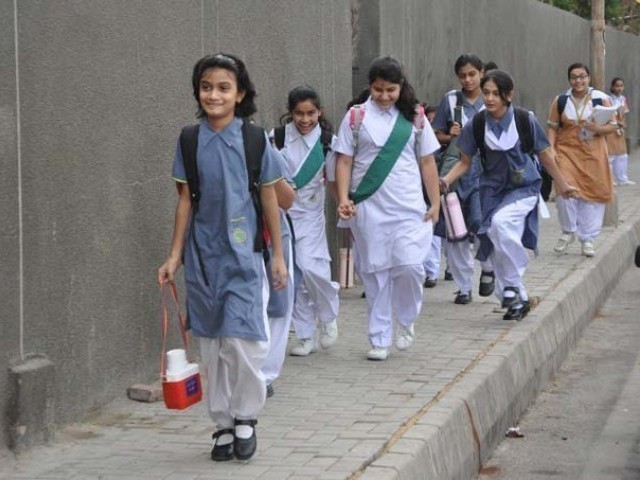 LAHORE: The Punjab School Education Department (SED) has been unable to complete the information of its schools, teachers and students’ database— the School Information System (SIS). This was learnt by The Express Tribune has learnt.

The SED, with the help of Punjab Information Technology Board (PITB), initiated the SIS for real-time monitoring of staff and students of public schools of the province. The SIS is meant to be a tablet-based online system that allows schools to self-report data in real-time.

The SED has been struggling to get accurate data, as the numbers reported in the SIS does not match the data gathered by the Programme Monitoring and Implementation Unit (PMIU). In two separate letters sent by the SED to all District Education Authorities (DEAs) Chief Executive Officers (CEOs), the department was directed to complete information in the new database.

In a letter marked important/immediate, the SED instructs the CEOs that, “As you are well aware that Punjab Information Technology Board (PITB) has developed a system, School Information System (SIS), for students’ tagging and information regarding Head Teachers,

Teachers and Non-Teaching Staff. It has been observed that some schools have not yet been completed entry of teacher records in the School Information System (SIS).”

It further said, “You are, therefore, once again requested to issue instructions to all public schools to complete accurate data entry of teacher records in SIS within two days positively.

Moreover, note that incomplete teacher records in SIS will lead to low teacher attendance indicator of PMIU-PESRP system as well.” It further instructed the CEOs to report at the next CEOs conference scheduled to be held in March.

In another letter to all CEOs of the province, the SED ordered to ensure that the data of all students should be updated in the SIS at the start of the new academic year. This includes the data of promoted students in the next grade as well as that of retention of students for all classes. The letter also issues instructions to report on the progress in the next CEO conference.

Meanwhile, the CEO Lahore has issued a list of 241 schools in the districts, where a difference in enrollment numbers of students had been observed. The disparity has been observed in the numbers reported in the SIS and the data gathered by the PMIU during its inspection for the month of January. The CEO has directed the school heads to submit reasons for the disparity.

Talking to The Express Tribune, Punjab Teachers Union (PTU) General Secretary Rana Liaquat Ali said, “The disparity happens because of the fluctuation of the numbers of students in public schools.

The problem arises because of the shortage of staff, as head teachers are made responsible to input the data into the SIS. There is no clerical staff available for the purpose and a teacher has many other responsibilities, most importantly teaching. I think, instead of the focusing on making data online, the emphasis should be on the quality of education.”

Punjab SED Secretary Dr Allah Baksh Malik disputed the notion that the SIS was incomplete. He said, “SIS has been completed and in place.” On the disparity of records, he said that the letter sent by the department was routine and was done periodically. “We do this (update data) after every month due to the changes in numbers,” he added.