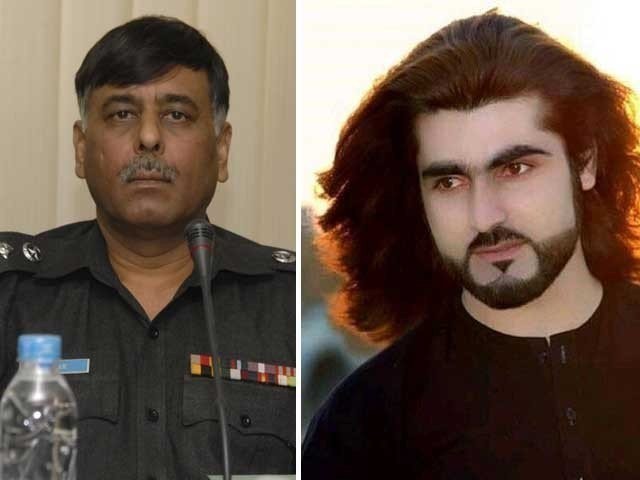 KARACHI: The administrative judge of the anti-terrorism courts (ATC) granted on Monday time till March 1 to the police to submit a charge-sheet against former Malir deputy superintendent of police (DSP) Qamar Ahmed and co-accused in the Naqeebullah Mehsud murder case.

Earlier, the IO informed the court that raids were being conducted to track down former Malir SSP Rao Anwar and other cops, but they were still at large. He said that investigation and other legal formalities had yet to be completed.

Therefore, the IO had requested more time to enable him to submit a charge-sheet against the accused persons.

Allowing request, the judge granted time till March 1 with direction to submit a charge-sheet against the accused on the next hearing.

Last week, the ATC’s administrative judge had granted the seven-day physical custody of DSP Ahmed to police with direction to submit a charge-sheet against him, SSP Anwar and others in the case.

So far, the police have tracked down 10 members of the police party headed by SSP Anwar, which had killed aspiring model Naseemullah Mehsud alias Naqeebullah in a fake encounter and then labeled him a member of the banned Tehreek-e-Taliban Pakistan, alQaeda and other militant groups.

According to the prosecution, policemen in plainclothes had picked up Naqeebullah and his two friends from a teashop on Abul Hassan Ispahani Road on January 3, detained them illegally and tortured them. Three days later, the two friends were released on the Super Highway.

On January 17, Naqeebullah’s relatives came to know through the media that SSP Anwar and his associates allegedly killed him and three others in an ‘encounter’ in the Shah Latif Town area, claiming that they were militants.

Later, the inspector-general of police constituted a three-member inquiry committee, which found that the encounter was fake and SSP Anwar and his associates were involved in Naqeebullah’s extrajudicial killing.

Cases against Naqeebullah, others were fake: police report