Tribal elders at Mustan­g moot say that if India wants to start a war, this time it will be inside its territ­ory
By Mohammad Zafar
Published: February 21, 2018
Tweet Email 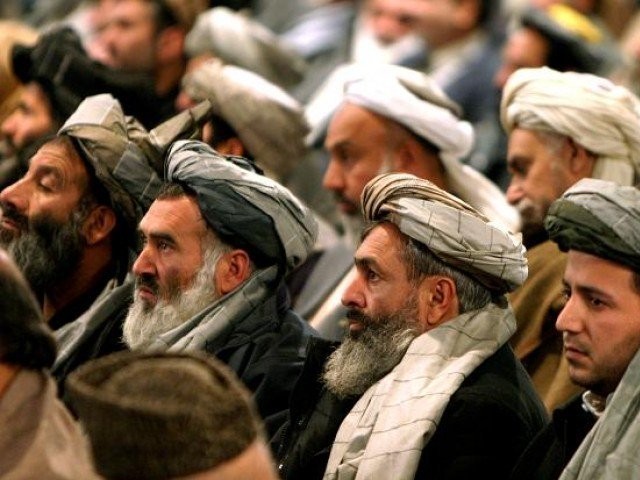 Tribal elders at Mustang moot say that if India wants to start a war, this time it will be inside its territory. PHOTO: REUTERS/FILE

QUETTA: The separatist leaders are enjoying life full of luxuries abroad as they exploit young people, showing them the path of seeking refuge in the mountains of Balochistan, said tribal elders and political experts at a jirga in Mastung.

The leaders expressed their views on Tuesday at the grand peace moot under the banner of “Tehreek Nazriya Pakistan.”

The experts said “every single person has to play their role in eliminating the curse of terrorism from Balochistan.”

They further said China-Pakistan Economic Corridor (CPEC) is meant for the development and well being of the people of the province, pointing towards the conspiracies of the external forces to sabotage it.

“The enemy wants to divide us, but we will not let them cause differences amongst us,” the tribal elders said. “Pakistan was founded on the basis of kalma and will remain till the day of judgement.”

The experts said that the forces trying to inject terror among people through India, Afghanistan and Israel should know that the people of Balochistan are not with them.

“We have concerns over peace and security. We want to live in peace with Afghanistan and India,” they said and went on to add, “if India starts a war, this time it will be on Indian land.”

The tribal elders paid tribute to the security forces, saying they have rendered numerous sacrifices. “The martyrs will never be forgotten.”

“The fight against the terrorism will be continued until the last terrorist is eliminated,” they stressed.