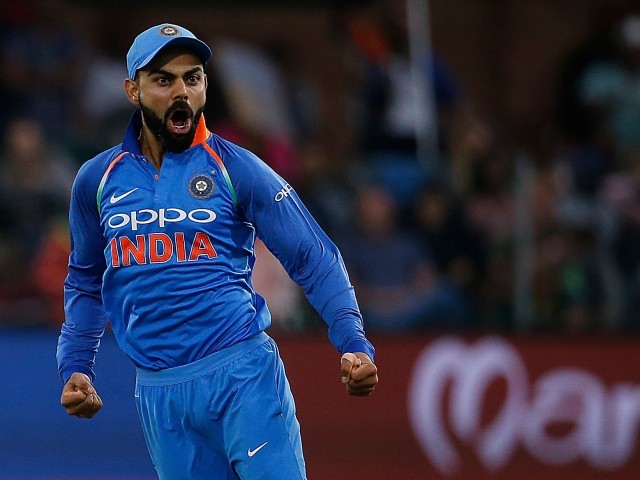 “We are a team that always wants to think of ways we can improve and after this tour we will look be to even stronger with the 2019 World Cup in mind,” he said after India took a 4-1 lead in the six-match series on Tuesday. “It’s a wonderful feeling to have created some history. The guys really got stuck in, with the bat and the ball and in the field as well,” he added after the Port Elizabeth triumph.

Success in the series has lifted India above South Africa in the International Cricket Council’s ODI rankings and they retained their number one status in Tests as well despite losing 2-1 to the South Africans last month.

“For now, 4-1 feels amazing. Obviously the players put up some really good cricket to be in this position,” added Kohli.

The last match of the ODI series is in Pretoria on Friday. “We want to win 5-1 but there might be a scenario to give a few [other] guys a chance,” said Kohli, with the series won using only 12 of India’s 17-man squad.

The 2019 World Cup is being hosted by England and Wales, where India won their first global title in 1983 before adding a second on home soil in 2011.

The star of the win was Rohit Sharma, who had struggled with his batting on tour but got India off to a storming start as he finally found form.

He was dropped on 96 by Tabraiz Shamsi before going onto make his 17th ODI century, reached off just 107 balls.

“It was a long time coming. I just had to keep myself in a good frame of mind. I didn’t feel I had to change a lot and I knew that the runs would come,” he said after being named the man of the match.

PCB in race against time to get National Stadium ready