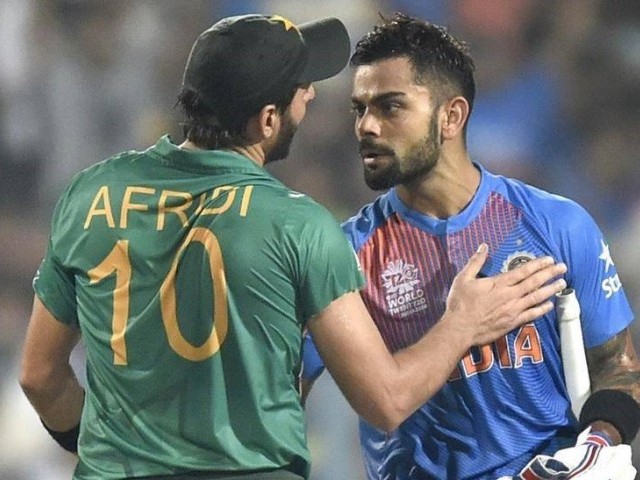 Pakistan cricket team coach Mickey Arthur has said his bowlers would prevent Virat Kohli from scoring a century in Pakistan, should the charismatic Indian batsman ever play in the country, reported the Indian Express.

The 29-year-old has scored a century in all nine countries he has toured to with India. The only international team missing from his list is Pakistan.

“Kohli is a fantastic player but our team will make it hard for him to score a century in Pakistan,” Arthur reportedly said.

Amir calls himself a ‘fan’ of Kohli

“It has been a great pleasure to watch Kohli scoring against all teams and it is always enjoyable to watch his batting. However, our bowlers will not make it easy for him to score in Pakistan,” he added.

The Indian cricket team has not toured Pakistan since 2007-08 due to ongoing political tensions between the two governments.

Arthur also stated that he hoped India will come to play in Pakistan soon.

I was better off not bowling to Kohli, jokes Akhtar

Kohli capped off a superb 2017 by being named the cricketer of the year by the ICC and is impressing on the tour of South Africa; scoring an unbeaten 160 in the third ODI to give his side a 3-0 lead in the six-match series.