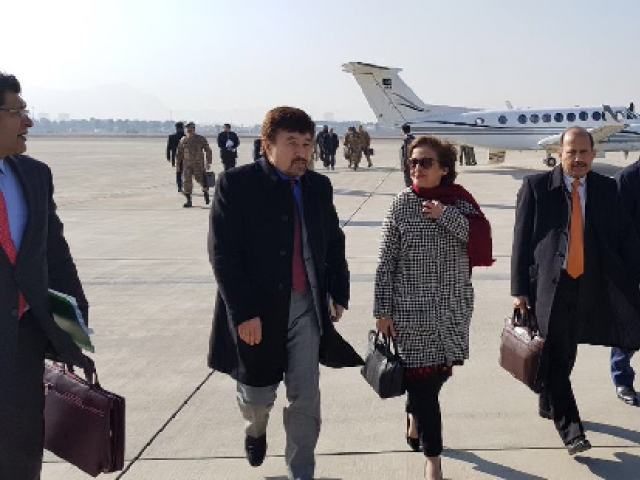 The APAPPS is a joint action plan for cooperation in the areas of counter-terrorism and reduction of violence, peace and reconciliation, Afghan refugees’ repatriation and joint economic development.

According to a press release issued by the Foreign Office, the meeting was held in a cordial environment and both delegations made some progress on the APAPPS.

“There are still important areas to be discussed and agreed upon, and both sides remain committed to continuing their discussions to reach an agreement on the APAPPS,” it said, adding that the next meeting would take place on February 9 and 10.

According media reports, Tehmina Janjua said that instead of getting engaged in a blame game, Pakistan and Afghanistan should engage in concrete cooperation. She also condemned the recent Kabul attacks and offered Pakistan’s assistance for a joint investigation.

Earlier, the Afghan interior minister and the National Directorate of Security (NDS) chief had visited Islamabad and met Prime Minister Shahid Khaqan Abbasi and other top civil and military officials for seeking Pakistan’s cooperation in the wake of the recent spate of deadly attacks in Afghanistan.