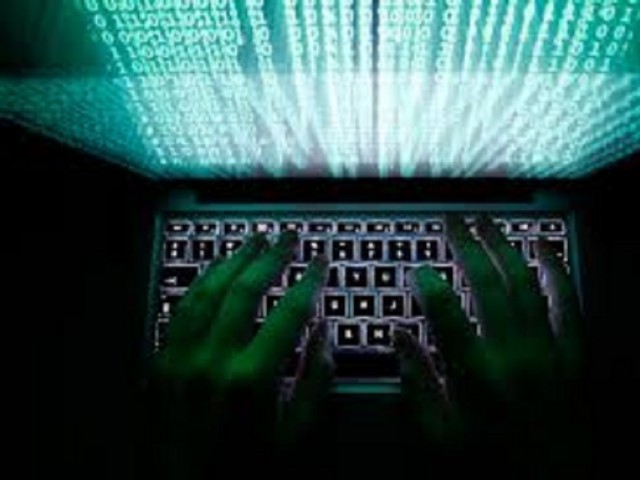 Doctor Shahid Masood’s claim that accused in Zainab rape and murder case, Imran Ali, is an active member of some international racket involved in producing and sharing violent child pornography over dark web, has triggered unprecedented curiosity among the masses to know about the dark web. PHOTO: REUTERS

LAHORE: Following anchorperson Dr Shahid Masood’s claim that accused in Zainab rape and murder case, Imran Ali, is an active member of some international racket involved in producing and sharing violent child pornography over dark web, has triggered unprecedented curiosity among the masses to know about the dark web, a parallel network of illegal websites over internet primarily used for immoral trade and activities.

Speaking to The Express Tribune, an official of the Federal Investigation Agency’s (FIA) Cyber Crime Cell highlighted that recent incidents of child abuse in different parts of the country, especially in district Kasur, and discussions about the existence of dark web was attracting huge public attention. He pointed out that over 1.3 million Pakistanis have searched about the dark web over the internet during past week alone.

Google Trend, a public web service that indicates how often a particular search-term is entered in relative to the total search volume across different regions in the world, highlights that the terms like “dark web”, “what is dark web”, “dark web sites” and “deep web” were the top search terms in Pakistan during the past week. Google Trend’s historic data of past five years shows that hardly any Pakistani searched about these terms since 2013 but after Kasur incident and anchorperson’s revelation suddenly curiosity was developed among the masses to know more about dark web. 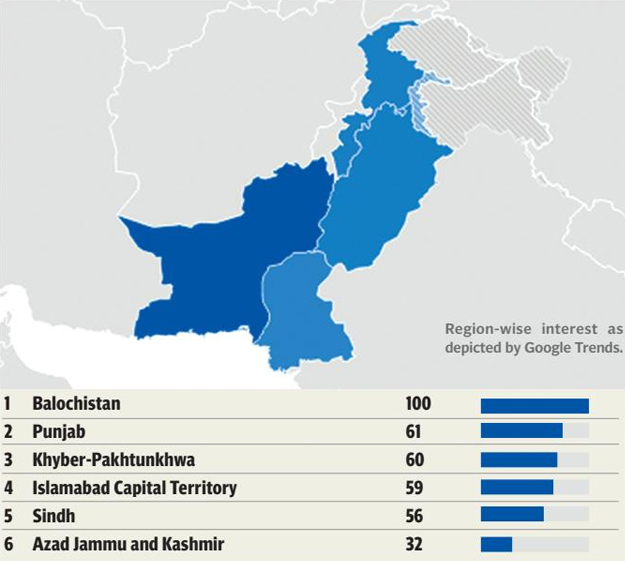 The search engine’s data shows that the highest number of people searched about similar terms from Balochistan followed by Punjab, Khyber-Pakhtunkhwa (KP), Islamabad, Sindh and Azad Jammu and Kashmir.

Punjab University College of Information Technology (PUCIT) Principal Dr Mansoor Sarwar told The Express Tribune that the dark web is a hidden network of internet websites which exists from early days of the internet.

“It is not a new thing but everywhere in the world people hardly know about this dark side of the internet because it is not available over search engines,” he said. He pointed out that the dark web was all about illegal activities which were punishable under the law everywhere in the world. “Dark web is primarily used for illegal arms and drug trade, child pornography, extremism, terrorism, hacking and other illicit activities. All these illegal activities are generally funded or traded through crypto currencies such as Bitcoin, owing to their anonymous nature.”

He said the surface internet which was commonly available to internet users everywhere in the world has over 1.28 billion websites, around 14.3 trillion web pages.

“However, available estimates indicate that surface web or visible web is only 4% of the total internet and the rest is deep and dark web or invisible web that cannot be indexed on the search engines. It consists of big and small peer-to-peer networks which cannot be accessible to normal web browser. It is accessed through special web browsers like Tor,” he elaborated. “Websites in the dark web are accessed through special URLs having a complex alpha-numeric string and .orion suffix very similar to the popular .com or .net suffixes of surface web.

Punjab University’s Institute of Applied Psychology and Center for Clinical Psychology Director Dr Rukhsana Kausar said heinous crimes such as women and child abuse and serial killing exist in almost all societies because every human has both good and evil traits. “But in the developed world whenever any such case surfaced, psychology experts jointly work with investigation agencies,” she remarked.

“Investigators conduct inquiry of criminal aspects while psychology experts do detailed profiling of the criminal and his area. This data can be used to take preventive measure to avert such incidents in future.”

“It is very unfortunate,” she highlighted, “most departments and agencies work in isolation. In serial killer Javed Iqbal’s case, law enforcing agencies did not give access to psychiatrists to do profiling of the criminal and he died in police custody. Recently, the K-P government has inducted a psychiatrist in the joint investigation team in a similar case to do detailed profiling of the accused. Similar measures should be taken in Punjab,” she concluded.