Says it is not his respon­sibili­ty to prove allega­tions
By News Desk
Published: January 26, 2018
Tweet Email 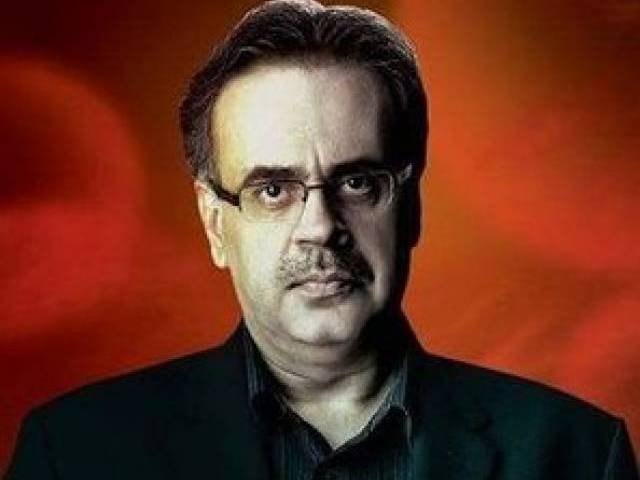 Speaking to the Express News the anchorperson said that investigation was not his responsibility and it was the job of state institutions to find the authenticity of the news.

“I did not provide this information with any wrong intent,” he said.

Masood, in his TV show claimed that the government of Punjab has brazenly lied to people and was later summoned by the Supreme Court to clarify and back his accusations.

However, the State Bank of Pakistan stated that there has been no bank account found of alleged murderer, Imran.

Masood was supposed to appear before the Joint Investigation Team to submit evidence on Friday but did not do so.

Despite written notice, Dr. Shahid Masood didn't appear before the JIT formed by Punjab govt to share the proof of information he claimed about bank accounts allegedly held by the accused in Zainab case. His contact numbers are switched OFF and we couldn't connect .

The Supreme Court, taking notice of Masood’s claims, on Thursday had ordered the Punjab police to probe into the TV anchor’s claims that Zainab’s alleged murderer is part of an international racket involved in child pornography and that he hold more than 37 foreign currency accounts.

The bench asked the Punjab police to investigate whether the accused, as claimed by Dr Masood, was actually working for some international group involved in child abuse.

During the hearing, Dr Masood also appeared before the bench and said the accused was not a mentally ill person, but was part of a racket. He claimed that influential people, including a federal minister, were backing him. He expressed fears that the accused might be killed in police custody.

The chief justice observed that responsibility of the suspect’s security during police custody lied with the IG Punjab while the inspector-general of jails was responsible for his safety after judicial remand.

The court asked the anchor to share the names of the prominent figures allegedly involved in the crime.  The names would be kept confidential till the completion of the investigation, it added.

Dr Masood handed over a paper with the names of other suspects to the judges, who warned him of ‘grave consequences’ if the allegations were found incorrect.

The case was adjourned till Monday, January 29.