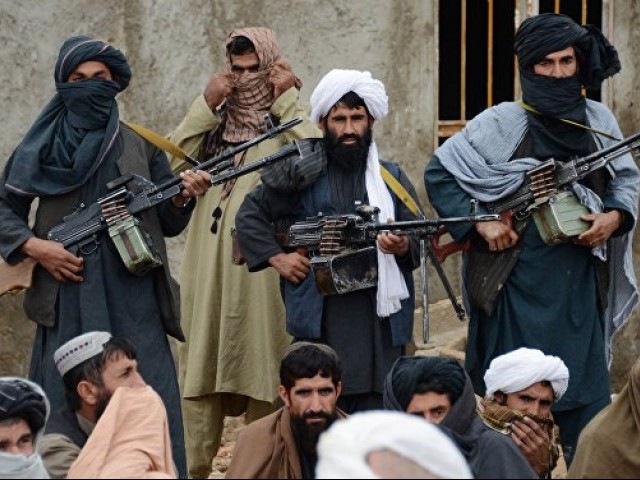 ISLAMABAD: Just days after President Donald Trump’s tweet slamming Pakistan for ‘not doing enough’ in the fight against terrorism, a top US commander, who is overseeing the campaign in Afghanistan, reached out to the Pakistani military leadership.

The telephone call by General Josph Votel, the Centcom chief, to army chief General Qamar Javed Bajwa was meant to deliver a message as to what exactly the Trump administration wanted from Pakistan to help end the 16-year-old conflict in Afghanistan.

Publically, the US said it wanted Pakistan to take decisive action against the Afghan Taliban and the Haqqani Network. The same message was reiterated by Trump’s key aide during her recent visit to Pakistan.

But privately, Washington is pushing Islamabad to convince the Haqqani Network to come to the negotiating table, said a senior Pakistani official, who not only has direct knowledge of the development but also is part of the ongoing talks with American interlocutors.

The official, who requested not to be quoted since he was not authorised to speak on the subject, insisted that the US had not made any specific demands following the Trump’s tweet.

“The only demand or request they have been making is to help them restart the reconciliation process,” added the official, who would not say if Pakistan had agreed to the US request.

At the UN: US insists Pakistan get tough on Haqqanis

The deadliest Afghan Taliban-linked insurgent group has long been the bone of contention between Pakistan and the US. Washington has long suspected that Islamabad is maintaining close contacts with the Haqqanis to use them as hedge against a growing Indian footprint in Afghanistan.

Pakistan has always denied such charges and insisted that it always wants a solution to the long-running war in its neighbouring country through an all-inclusive peace process.

“Our main difference with the US has been that Washington has a military-heavy approach while we are stressing the need for a political solution,” the official said.

Pakistan in the past helped brokered direct talks between the Afghan Taliban and Kabul. Those parleys were also attended by the Haqqani network representatives.

Can Pakistan deny the US victory?

The process, however, was scuttled twice – first, after the death of Mullah Omar, and later after the killing of his successor Mullah Mansur in a drone strike in Balochistan in May 2016.

Talks could not move further since then, with the relations between Pakistan and Afghanistan touching a new low.

But as the official revealed renewed US interest in resuming the peace process, a three-member Afghan Taliban delegation reportedly visited Pakistan to explore the prospects of talks.

The official, however, neither confirmed nor denied the visit and also would not say if the visit was linked to Pakistan’s renewed push to bring the Afghan Taliban to the negotiating table.

However, two senior Taliban officials confirmed to Reuters that a delegation, approved by the Taliban’s supreme leader, had visited Islamabad this week for exploratory talks on restarting peace negotiations to end the Afghan war.

It was unclear if any progress was made in the unofficial meetings with a representative of a prominent Afghan politician. Many previous attempts have failed to revive direct talks that ended nearly as soon as they started in 2015.

The Islamabad talks on Monday followed another back-channel meeting over the weekend in Turkey between individuals with Taliban connections and representatives of Hizb-e-Islami.

A spokesman for Afghan President Ashraf Ghani said on Wednesday he was not aware of the Islamabad talks, while the Taliban did not respond to queries. Both sides on Monday denied participating in the Turkey talks.

However, two senior Taliban officials said on condition of anonymity that supreme leader Haibatullah Akhundzada had approved Monday’s exploratory meeting in Islamabad on restarting talks to end the war that kills thousands of Afghans each year.

“This is an intelligence game that aims at defaming and damaging the real peace process in Afghanistan,” he said in a statement that referred to the Taliban position that true negotiations can only happen once all foreign troops leave.

The three-member Taliban delegation from Qatar included Shababuddin Dilawar and Jan Mohammad Madani from the Taliban’s political office in Qatari capital as well as the brother-in-law of Mullah Yaqoob, son of the late Taliban founder Mullah Mohammad Omar, the sources said.

They met representatives of Afghan politician Pir Syed Hamid Gilani, head of the National Islamic Front of Afghanistan and the son of former High Peace Council chief who died last July, a senior aide to Gilani confirmed on condition of anonymity. Gilani’s office did not respond to queries.

The Taliban’s Haqqani network last week released 14 Afghan army soldiers in the eastern province of Paktia as a goodwill gesture ahead of the talks, according to both the Taliban officials and the aide to Gilani.

In his latest report to the United Nations Security Council last month, the UN secretary general said there had been “no meaningful progress towards a peace settlement”.

[WITH ADDITIONAL INPUT FROM REUTERS]