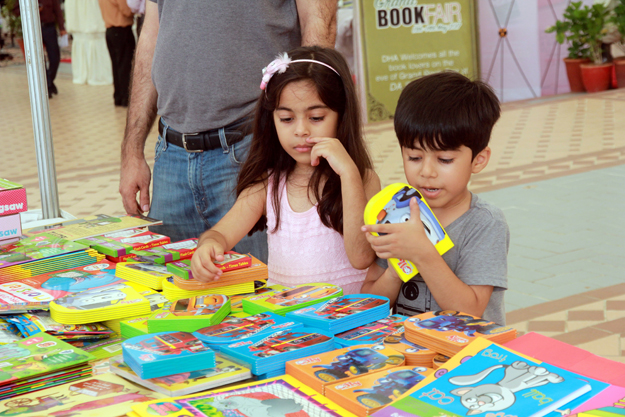 Books available at the exhibition spanned all genres, from fiction, drama, satire, action and adventure to romance, mystery and biographies. Photo: Athar Khan/Express

ISLAMABAD: Expansion of Pakistan Academy of Letters (PAL) offices to far-flung areas of Mutan, Gilgit, Fata, Dadu and Muzzafarabad will promote the scope of literary activities and help acknowledge the endeavours of local literary persons.

“PAL offices were limited to federal and provincial capitals since its establishment in 1976. However, after Islamabad, Peshawar, Lahore, Karachi and Quetta, the offices of PAL are being established in Multan, Gilgit, Dadu, Fata and Muzzafarabad,” said Adviser to Prime Minister on National History and Literary Heritage (NH&LH) Irfan Siddiqui while talking to APP on Sunday.

He said that temporary office of PAL was earlier established in Multan while proper office will be set up after land and budget allocation in the next financial year.

Siddiqui said the division has got formal approval to establish PAL’s offices in Gilgit, Fata, Dadu and Muzzafarabad and the budget will be allocated in the next financial year.

The land allocation process in these four places is in its last stages after which construction work will start, he said.

To a question, Siddiqui disclosed that each PAL office will be established at a cost of Rs100 million.

He said the division has acquired funds and land for establishing PAL’s own offices in Peshawar and Quetta, adding that the foundation stone of PAL’s office  in Peshawar will be laid this month while construction work on Quetta’s office will start next month.

Listing another initiative, he said the government would also publish quality literature of Urdu and other regional languages on its own expenses.

The construction work of new auditorium in PAL head office in Islamabad with the cost of Rs90 million will be completed within few months, he added.