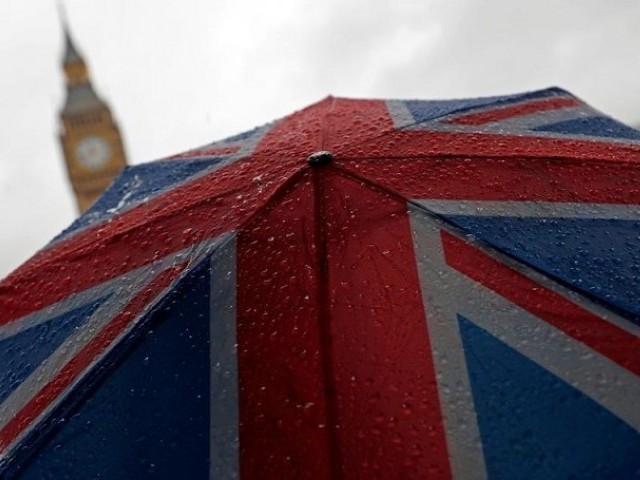 A Union Flag umbrella is seen in front of the Elizabeth Tower, commonly known as Big Ben, in London, Britain, August 9, 2017. PHOTO: REUTERS

London was the top city in Europe for technology investment last year, with more funding going into companies in the British capital than into firms based in Paris, Berlin and the next seven cities combined, data showed on Friday.

Tech firms in London attracted 2.45 billion pounds ($3.3 billion) in venture capital funding in 2017, about 80 per cent of the 2.99 billion pounds invested in Britain as a whole, according to data compiled by funding database PitchBook for London & Partners.

Eileen Burbidge, partner at Passion Capital, said it was no surprise to see London – and Britain – leading the pack because it has both the talent and investor capital needed.

“It’s a testament to our exceptional entrepreneurs that the UK tech sector continues to produce companies that are leading in the development of cutting edge technologies such as artificial intelligence and fintech,” she said.

Fintech, or financial technology, was the most popular segment for investors, attracting a record 1.34 billion pounds in venture capital, the data showed, led by major rounds for TransferWise, Funding Circle and Monzo.

Burbidge said the biggest threat to Britain’s leadership was any restrictions in its ability to attract the best talent after the country leaves the European Union next year.

“Being able to attract EU talent has been a huge advantage for the UK in the last few years. For the UK to look like a welcoming place is really important.”

“Protecting the talent inflow is the key source of growth of start ups,” he said.

At the moment, however, London was setting the standard both in breadth and quality of start-ups, he said, noting that the city was home to role models such as Just Eat, King, a gaming company acquired by Activision Blizzard for $5.9 billion in 2015, and TransferWise.

“In our portfolio roughly 50 companies of the 150 companies we have are headquartered in London, and there are about another 25 foreign companies that have set up in London,” he said.