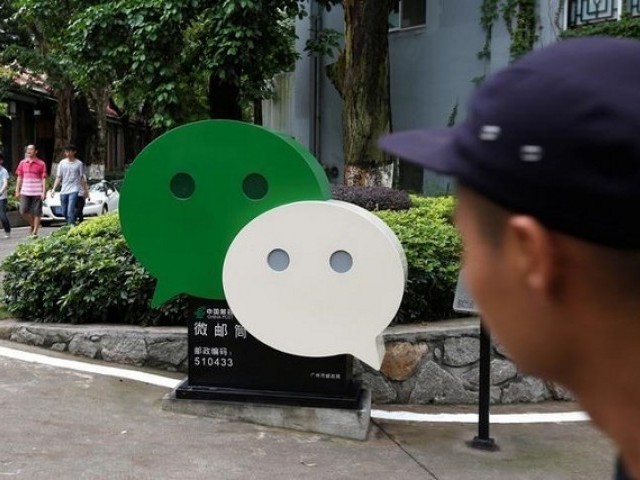 A WeChat logo is displayed inside TIT Creativity Industry Zone where Tencent office is located in Guangzhou, China May 9, 2017. PHOTO: REUTERS

“WeChat does not store any users’ chat history. That is only stored in users’ mobiles, computers, and other terminals,” WeChat said in a post on the social media platform.

‘Virtual gold’ may glitter, but mining it can be really dirty

“WeChat will not use any content from user chats for big data analysis. Because of WeChat’s technical model that does not store or analyze user chats, the rumor that ‘we are watching your WeChat everyday’ is pure misunderstanding.”

Li Shufu, chairman of Geely Holdings, owner of the Volvo car brand, was quoted in Chinese media on Monday as saying Tencent Chairman Ma Huateng “must be watching all our WeChats every day”.

Like all Chinese social media platforms, WeChat is required to censor public posts deemed “illegal” by the Communist Party. WeChat’s privacy policy says it may need to retain and disclose users’ information “in response to a request by a government authority, law enforcement agency or similar body”.

WeChat did not immediately respond to a request for further comment.

According to a report by Amnesty International, Tencent ranked at the bottom of 11 tech firms running the world’s most popular messenger apps for how they use encryption to protect user privacy.

In the same month it handed down maximum penalties to tech firms including Tencent, Baidu and Weibo for failing to properly censor online content, and asked them to increase content auditing measures.

Review: Huawei Mate 10, a grand entry into the deep end